Augusta Gaining Millennials, Unlike Other Cities 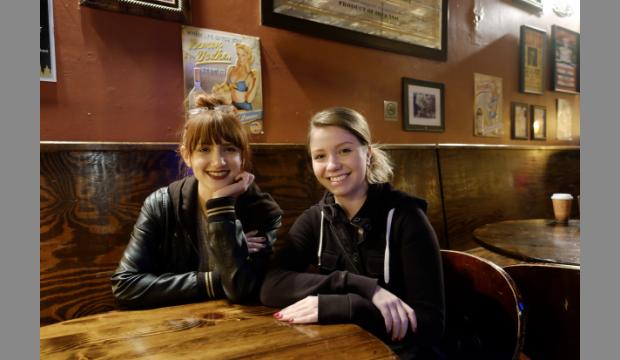 Posted at 13:22h in News, Uncategorized by Augusta Tomorrow

Deonte Moses came to Augusta three years ago from Baltimore to attend Paine College, but the senior could be sticking around after graduation.

“It’s a place I could see myself living for the next 10-15 years,” he said. For one, the nice house he is renting in North Augusta would cost two to three times as much in his native Baltimore.

“For somebody like me, cheaper is better,” he said.

That affordability could be one factor in why Augusta has gained millennials while other places in the South and in Georgia, such as Atlanta, are losing them. Millennials ages 18-34 now make up the largest generation in America.

An analysis of Census Bureau data from 2005 to 2015 by the online rental marketplace Apartment List found Augusta had an adjusted gain of 5.8 percent in its millennial population, compared with declines of 6.3 percent in Atlanta, 5.9 percent in Athens, 12.8 percent in Macon, 13.8 percent in Albany and 20.8 percent in Rome.

Others gaining millennial population in Georgia include Savannah, with a 27.3 percent increase, and Columbus, with a 12.5 percent gain.

Although Athens shows an overall loss, that actually occurred in the first part of the analysis and since 2010 there has been a rapid increase, said Andrew Woo, a data scientist for Apartment List. Overall, cities in the South and the Midwest tended to do worse among millennials, he said. Part of that is jobs.

“Overall the trend – and this ties in with some of our survey data, as well – is that, for young adults in particular, strong job markets are a big attraction,” Woo said. “They tend to be more geographically mobile. Many of them are still early in their careers so they are looking for places that offer them good professional opportunities.”

Augusta might be among the exceptions in that it showed millennial growth while its median income slightly declined, by 3.1 percent, to $49,721. The area might be helped by having a university, which can provide a couple of benefits to millennials, Woo said.

“It provides an ongoing supply of young adults who move into the area,” he said. “Often, many of them will choose to stay, at least for a few years, especially if the job market is good. The other thing is that there is a bit of a self-reinforcing effect there where if the college draws in and trains an educated workforce that can provide a virtuous cycle where it contributes to the local job economy and encourages people to stay as a result.”

That makes sense to Shelby Amanda Lee, 24, who grew up in Waynesboro before moving to Augusta, where she went to school. The area offers a good art scene, especially downtown, that she and her friends enjoy, she said.

“There are really good coffeehouses to hang out in,” and people are friendly, she said. “This is a really good place just to settle into.”

When Kirsten Valentine moved to the Augusta area from Upstate New York to be with her parents, who were stationed at Fort Gordon, the area’s charms were not apparent.

“When I first moved here I thought there wasn’t that much going on here just because that’s how it seemed initially,” said Valentine, 25. “With the downtown scene starting to grow, I’ve definitely seen leaps and bounds on that over the past two years.”

Now six years in, and having recently started a new job at one of the larger employers in ADP, Valentine said she could see herself staying for at least the next five years.

“I kind of just made this my home and adopted it as such,” she said.

Another thing that could be helping Augusta is affordability, especially compared to metro areas like Atlanta and Miami that are losing millennials, Woo said.

“There is that question of, if millennials leave Atlanta, where do they go?” Woo said. Some will likely move to other metro areas, like Dallas or Los Angeles, he said. “But there are a lot of them who will end up staying in Georgia and moving to other areas, other cities in Georgia that are affordable and have other options that they find attractive. That could be part of what you are seeing there in Augusta, as well.”