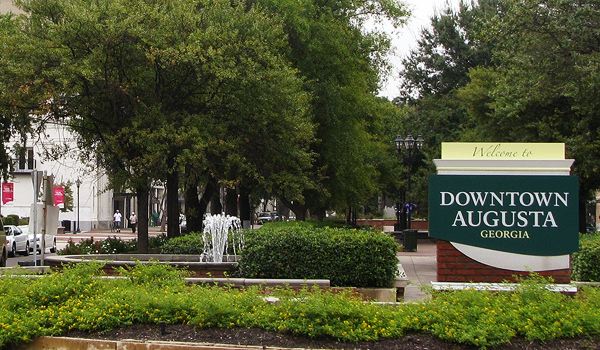 Posted at 12:49h in News, Uncategorized by Augusta Tomorrow

Downtown visitors will soon see more signs pop up along sidewalks and public parking areas as a decade-long citywide project comes to an end.

Additional signs will indicate public parking areas. Those include the middle parking bays on Broad Street and a Richmond County Board of Education deck available to the public after hours and on weekends. Such signs already exist in front of the Reynolds Street parking deck.

An additional 100 signs will be installed in outlying areas to complete the 300-plus comprehensive way-finding sign system designed to welcome travelers at city limits and major gateways; establish the downtown and medical districts; and direct people to hospitals, colleges, points of interest and attractions.

“They’re like permanent billboards really advertising what there is to see and do in Augusta citywide
and certainly in downtown,” Bowen said.

The project has incorporated information kiosks for pedestrians. New two-sided kiosks will be put on several blocks off Broad Street. About 60 percent of the signs will be downtown, Bowen said.

The visitors bureau launched the program in 2005, with funds coming from federal grants, the private sector and the city. The phased project hit a roadblock three years later when the recession began, Bowen said.