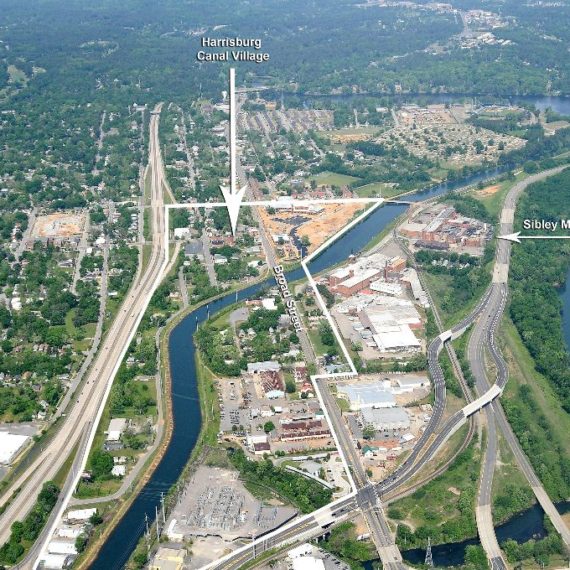 The Big Idea: This project calls for the comprehensive redevelopment of the Harrisburg neighborhood swath bounded on the north by the J.C. Calhoun Expressway, on the east by the Kroc Center, on the south by Chaffee Park and on the east by 15th Street. New townhouse development is proposed along the Augusta Canal from Broad Street to 15th Street with infill housing from Broad Street south to the Augusta Canal. Included in this project is continued establishment of neighborhood retail on Broad Street to serve the community, re-establishment of the canal pathways and Broad Street streetscape improvements. As part of the Harrisburg Canal Village area, reuse of the Sibley and King Mills is also proposed.
Cost: $100 million private funds, $50 million public infrastructurefunds (in 2009 dollars).
Time: 10 to 20 years

Details: The Harrisburg Village Market Creation Project is proposed to not only transform the area along Broad Street and the First Level of the Augusta Canal, but also to revive the neighborhood’s image and identity.

The First Level of the Augusta Canal from Chaffee Park eastward (toward downtown) to 15th Street and the historic Archibald Butt Bridge offers nearly a mile of high quality waterfront. An up-scale, European-styled canal village is proposed for the south side of the Augusta Canal.

The canal village would flow north to Broad Street into a new neighborhood center of mixed historic and site-appropriate construction. Retail development would be supported by the combination of new surrounding residential and increased street traffic along the Broad Street corridor.

Since Sibley and King Mills are such iconic structures in this historic neighborhood, and were the reason why this neighborhood was originally built – to house workers for the mills, the Master Plan also recommends reuse of these mills.

In 2013, the Augusta Canal Authority started working with the Environmental Protection Agency (EPA) for funding to oversee clean-up on the contaminated portions of Sibley Mill. The clean-up was completed in early 2016.

Progress: In May 2016, it was announced that Sibley Mill would be redeveloped into a 10-megawatt data center to meet the growing data needs of Augusta’s burgeoning cyber industry and act as a magnet for tech companies. With development complete on a portion of the Mill, an open house is scheduled for the end of August 2017,
Reconstruction of homes along Broad Street has been completed by Turn Back the Block, and this non-profit organization is now redeveloping homes in other sections of the Harrisburg area. 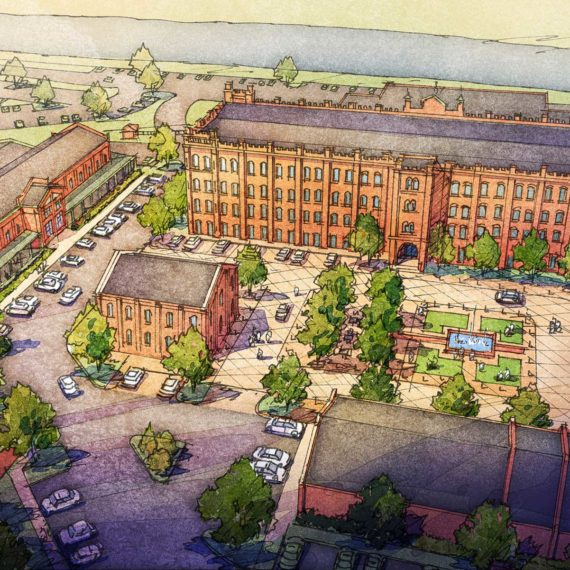