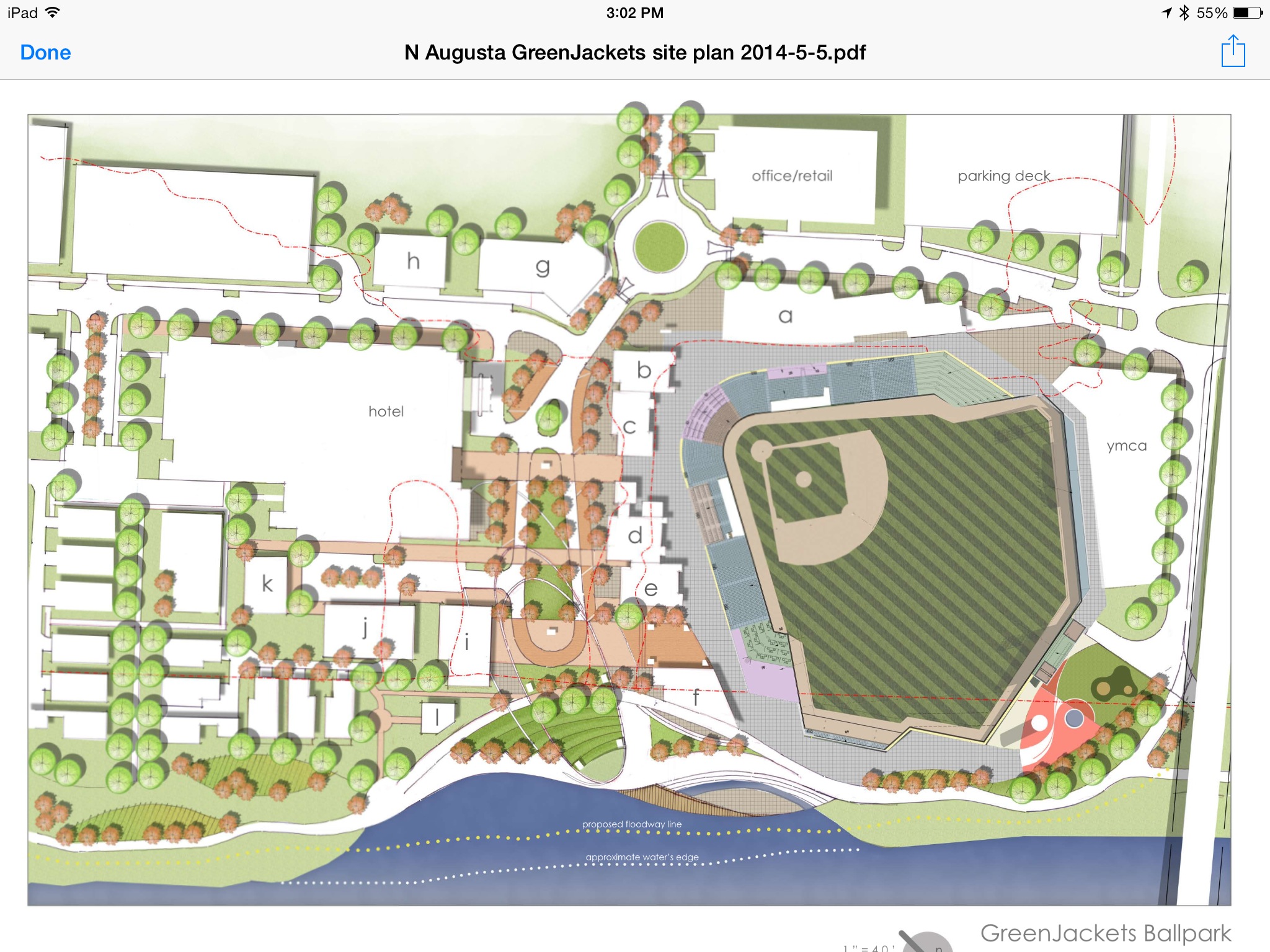 Posted at 10:10h in News, Uncategorized by Augusta Tomorrow

North Augusta Mayor Lark Jones said this latest drawing was more in line with what the City plans to do.

The first concept when we launched in December 2012 was just a developer getting an architect to put something on paper, he said. This has been thought out and measured by the architect, and what we’ve been trying to move along but not overextend ourselves until the Donohue lawsuit is resolved. We’ve been trying to keep things going, but not spend a whole bunch of money. We asked them to at least site the stadium for us and they have been excited about the project and going at it.

River Club resident Steve Donohue filed a lawsuit against the City of North Augusta earlier this year. His complaints included challenging the validity of an ordinance that amended a 1996 ordinance establishing the Tax Increment Financing district to finance a portion of the project.

The River Club Homeowners Association, which was originally a part of the lawsuit, removed itself from the proceedings.

Jones said the things such as where the flood plains are and where buildings will be located have been mapped out.

Even though the City doesn’t know which restaurants or stores will specifically go in which space, it is currently mapping out potential matches.

At this point, unless something dramatic changes, you’re not going to see major changes in that footprint, he said. In the outfield, they also have the YMCA building. Were hopeful the YMCA will come and be a part of it. The timing for that is critical, and theyre going to have to agree to be a part of this thing.

Another change from the original concept is that the original drawing showed no buildings between the stadium and the 13th Street bridge.

The buildings have been put there to create a buffer, Jones said.

The letters on the drawing are potential stores, shops and restaurants you can walk in any day of the week, he said. Some of the buildings will have areas at the top where you can look out at the river or into the stadium. Its something we think will be a unique, very first-class venue for the entire area.

The parking garage shown in the drawing is not the same as the one that will be a part of the Medac building. Medac’s parking lot will face toward Bluff Avenue.

One criticism that has followed the project since its debut is how it will coexist with Brick Pond Park.

Jones reiterated the City’s plans to have some sort of formalized edge between the stadium and the development around it, and the park itself.