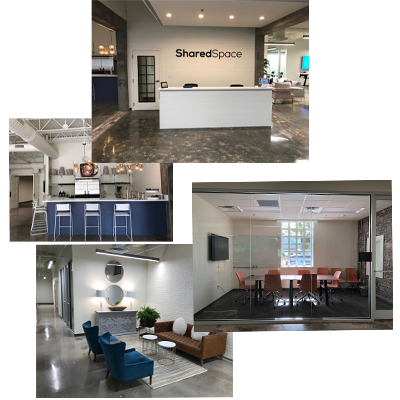 Posted at 12:50h in News by Augusta Tomorrow

The office at 901 Greene St., the company’s third co-working space and its first outside metro Atlanta, offers everything from $15-a-day desks to $1,650-a-month offices that can house up to eight employees.

The four dozen offices are designed for everyone from budding entrepreneurs in need of a small workspace to established companies looking for short-term space to house employees during a move or expansion. General Manager Brad Williams said the offices come equipped with furniture, broadband, copiers and free coffee.

“It’s really just kind of a place where they have everything they need to just get started,” Williams said.

SharedSpace was founded in 2016 and operates two co-working facilities in DeKalb and Cobb counties. Those facilities target suburban professionals seeking to avoid Atlanta traffic. The company was drawn to Augusta by the Georgia Cyber Center just two blocks away.

SharedSpace President Michael Everts in May told The Augusta Chronicle that the cyber facility could generate small business spinoffs that would be in need of low-cost office space to get started.

The SharedSpace Augusta facility previously housed the Georgia Department of Corrections’ Augusta probation office. The company invested more than $3 million into the building to convert it to more than 100 offices and workstations that range from a single desk to a multi-employee office suite. The company’s renovation uncovered skylights that had been blocked by a drop ceiling and brick walls that had been covered by drywall.

Tenants get free parking at the lot next to the Augusta Judicial Circuit’s Public Defenders Office across Greene Street. The 24-hour facility has security cameras at every exit.

Williams said all coffee will be provided by Augusta-based Buona Caffe.

“We’re thinking in about six months setting this up as a stand-alone Buona Caffe that will be open to the public,” he said.