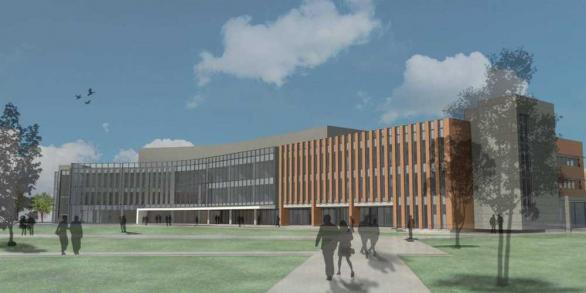 3/2012: The new Savannah River Parkway (a four-lane highway from Savannah to Augusta by way of Waynesboro, Millen and Sylvania) was 100% open to traffic after many efforts over the years by Augusta Tomorrow, Inc. to bring this roadway to fruition.

4/2/2012: The Augusta Tomorrow Gateways Corridors Implementation Team unveiled beautification of St. Sebastian Way from the Riverwatch Parkway entrance onto Broad Street to Greene Street and Walton Way. This team undertook the beautification with private funding. The City of Augusta assisted with supplying water to the medians for irrigation.

4/26/2012: Grand opening and ribbon cutting for The JB Whites Building in the heart of downtown Augusta was held. This project, 51 condominiums and retail, was identified in the 2009 Master Plan, The Westobou Vision.

7/18/2012: The Walton Communities Grand Opening of Family Apartments at the Legacy at Walton Oaks on Sand Bar Ferry Road took place. This was Phase II of the development.

7/31/2012: The Augusta Region was one of three regions in the State of Georgia to pass the Transportation Referendum known as T-SPLOST. The penny sales tax collected totaling $841 million over the next 10 years (until 2023) will remain in the region and be used for 85 projects. These projects include roads, bridges, airports and public transit, and close to one-half of the funds collected will be spent in Richmond County. These transportation projects, many in the downtown area, will have a profound positive effect on Augusta’s transportation infrastructure. Augusta Tomorrow, Inc. was very supportive of this Referendum.

12/2012: The first of three Pocket Parks was unveiled on Florence Street, in the Laney Walker neighborhood. The park brings green space to the historic Pine Street neighborhood.