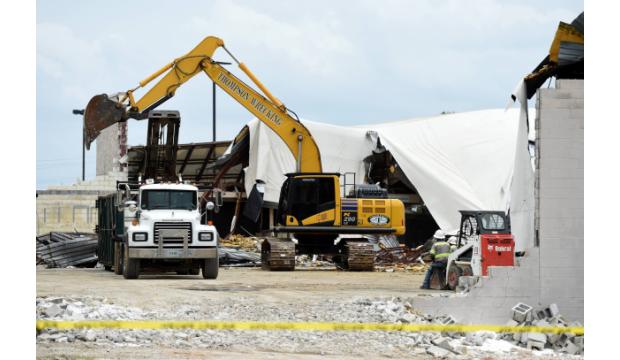 Posted at 12:16h in News, Uncategorized by Augusta Tomorrow

Medical College of Georgia Foundation is tearing down the Kroger on 15th Street as it readies the surrounding 23 acres for a mixed-use development, foundation President Ian Mercier said Thursday.

Short-term, the vacant, 35-year-old grocery was a liability, but removing it also shows progress toward creating a “clean slate; a clean campus” to market to developers, Mercier said.

Augusta radio pioneer George Weiss donated the shopping center to the foundation in 1997 to support the medical college, but the store languished for years before Kroger shuttered it in February, citing declining sales.

Working with area stakeholders that include city of Augusta officials, the foundation has developed a land use plan that includes apartments, townhomes, a hotel, office space and retail to serve the adjacent medical district and surrounding area, Mercier said.

Expect more buildings to come down in the next few months, but the foundation is giving tenants in the same strip mall such as Happy China II sufficient notice and time to relocate, he said.

The foundation has a contract to buy the nearby Augusta Public Transit administration and maintenance property, which is located among other foundation holdings. The city’s delays in moving the bus shop to a new location – slated for a Regency Mall outparcel – aren’t hindering redevelopment plans, Mercier said.

“The city has all our best interests in mind,” he said. “If we had to, we could always phase the property where the bus barn was in a second phase. We don’t have to have it today.”

In the contract with Augusta, the foundation committed to securing a grocery store tenant for the area. But whether it will go on the MCG site is undetermined.

“The challenge is, is this the best place for a grocery store?” he said. “We’re all trying to identify a store. People who don’t have cars have lost their main source of food. But if there’s a better place to build one, we’ll be supportive.”

With community support, a grocery might prefer a nearby site on Walton Way or south along 15th Street, Mercier said.

Approaching his first year as foundation president, Mercier said he is not interested in allowing foundation assets to deteriorate.

“A lot of work has gone into preparing a new site,” he said. “We’re anxious to get moving forward with this.”

The foundation’s next move is finalizing the development plan and ensuring it creates support for the university, benefits the community, benefits growth associated with the downtown cyber campus and works cohesively with other plans for the area, he said.

Mercier, who joined the foundation in 1999, said the organization had “watched this jewel of a group of properties, waiting for the right time” but that movement had stalled.

“I’m not sure we were waiting in the right way,” he said. But now, “we’ve become very aggressive in trying to push this forward. If you don’t you’ll get a healthy dose of cynicism.”