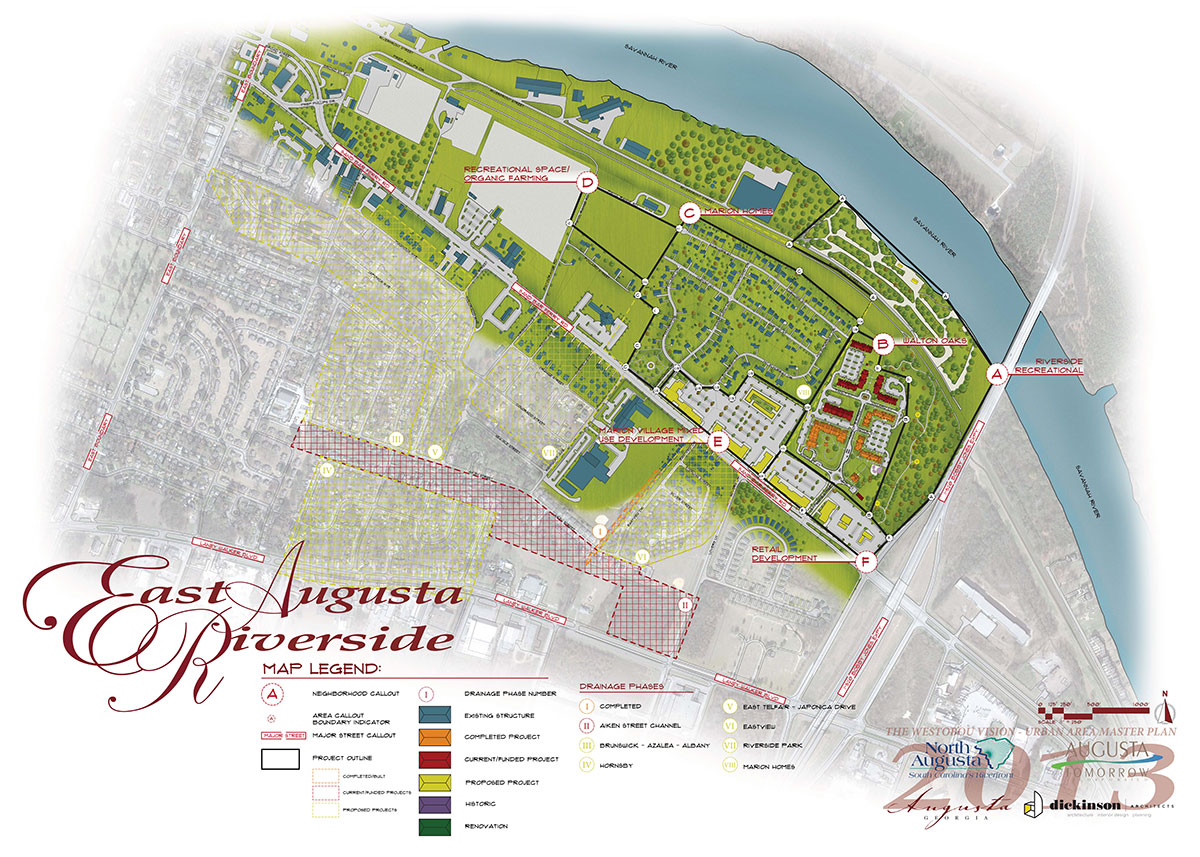 Since the unveiling of the Urban Area Master Plan, a huge redevelopment effort has been fully completed on Sand Bar Ferry Road. This cornerstone redevelopment, called The Legacy at Walton Oaks, replaced the 30 acre former Underwood Homes public housing apartment complex. This project was developed in 4 phases by Walton Communities from Atlanta, Georgia in conjunction with the Augusta Housing Authority. This new housing was built in the spirit of the Master Plan and is a cohesive community. It has tree lined streets, an urban garden and many other amenities that promote healthy lifestyles.

Flooding has long been a deterrent to development in the East Augusta Riverside District. This part of the city is geographically the lowest area in Augusta, and water drains toward Sand Bar Ferry Road. The City of Augusta took action and hired an engineering firm to study and resolve the flooding problems. Phases I and II of this massive project were completed in 2015. Those phases included drainage behind the Hornsby Elementary School and the East Augusta Middle School with the backbone of the project, a new detention pond and water channel, also completed. Phases III through VIII are currently being completed.

In 2016, the area also saw major improvements to the I-520 gateway and Sand Bar Ferry Road corridor beautification which continues. 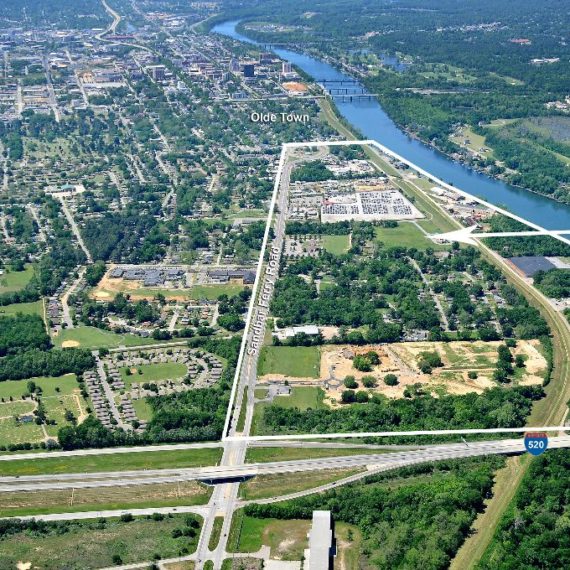