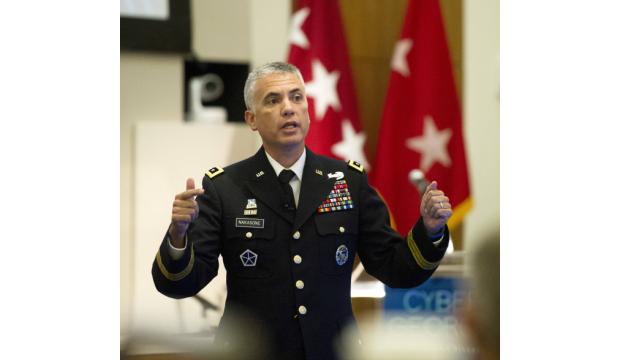 Posted at 11:48h in News by Augusta Tomorrow

Bringing 1,000 military personnel and 3,000 family members will have a “tremendous economic impact” on the Augusta area when U.S. Army Cyber Command moves into its brand new headquarters at Fort Gordon in two years, the commanding general said at the Cyber Georgia event on Friday.
But Lt. Gen. Paul Nakasone said the fort and Augusta are already being transformed into a “technology cluster focused on cybersecurity” that will fuel more growth.

He was part of the National Security Agency’s move to the fort in the late 1990s and had a command there from 2002 to 2004 so moving back to Augusta “feels like coming back home,” he said. The new 300,000-square-foot headquarters for Army Cyber is just part of the tremendous investment going into Fort Gordon that includes growing the U.S. Army Cyber Center of Excellence , Nakasone said.

“For us, the future of what we are going to do in cyberspace as an Army begins here at Fort Gordon,” he said. But there is also tremendous potential for growth all across the Augusta area in cyber-related jobs and training, Nakasone said.
“Our opportunity today is to look at Augusta, Ga., not as it is today and what we are doing today but what it is going to look like in the future when it is a technology cluster focused on cybersecurity,” he said.

Similar growth of technology clusters in an unexpected area like Austin, Texas, provides an idea of what is needed: a strong research university, growth in small business and start-up companies, support from focused business and community groups and commitment on the local, state and federal level to growing that area. Much of that, including the “critical” work of Augusta University, can be seen in the Georgia Cyber Innovation and Training Center under construction on AU’s Riverfront Campus.

“This is the type of investment that is important for us but it is also the investment that will come in terms of being able to provide seed money for start-up organizations and start-up businesses that will want to flock here and also the idea of being able to continue to invest in our public and our university educational systems,” Nakasone said.

Even with all that is being done in education and training, it is still projected that by 2021 there will be 275,000 unfilled jobs in cybersecurity, he said.

“What a tremendous opportunity we have not only here in Augusta but in other places of our nation as well,” Nakasone said.

For its part, Army Cyber is getting the top recruits from the military and is “the most popular branch in the U.S. Army” right now. It includes people like Capt. Steve Rogacki, who graduated with honors from the U.S. Military Academy at West Point and chose to go into Army Cyber, training on both offense and defense. He even went through Army Ranger School in part so he could better understand tactics and challenges facing troops on the ground when providing support.

“He is technically at the top of his game,” Nakasone said in pointing out Ragocki, who now serves as an aide de camp to Brig. Gen. Neil Hersey, commandant of the Cyber School at the Cyber Center of Excellence at Fort Gordon.

In fact, Army Cyber looked to Special Forces as a guide for building up its personnel in terms of rigorous standards and attracting the best candidates, Nakasone said. In addition to defending the Army networks and supporting troops, Army Cyber works closely with the National Security Agency and their new building is next to the NSA building at the fort, he said.

“Because we knew that, while we have separate missions, what we have to be able to do is to work together against the challenges that face our nation,” Nakasone said.

He is also chair of a joint task force battling the terror group ISIS in conjunction with other military units and others around the world.

“We’ve been very successful in terms of battling ISIS in this virtual domain,” Nakasone said. “And I would say that it’s really been a precursor of how we are going to operate as a force in the future.”

There was a perception that ISIS and its message went unchallenged online and that is not true any more, he said.