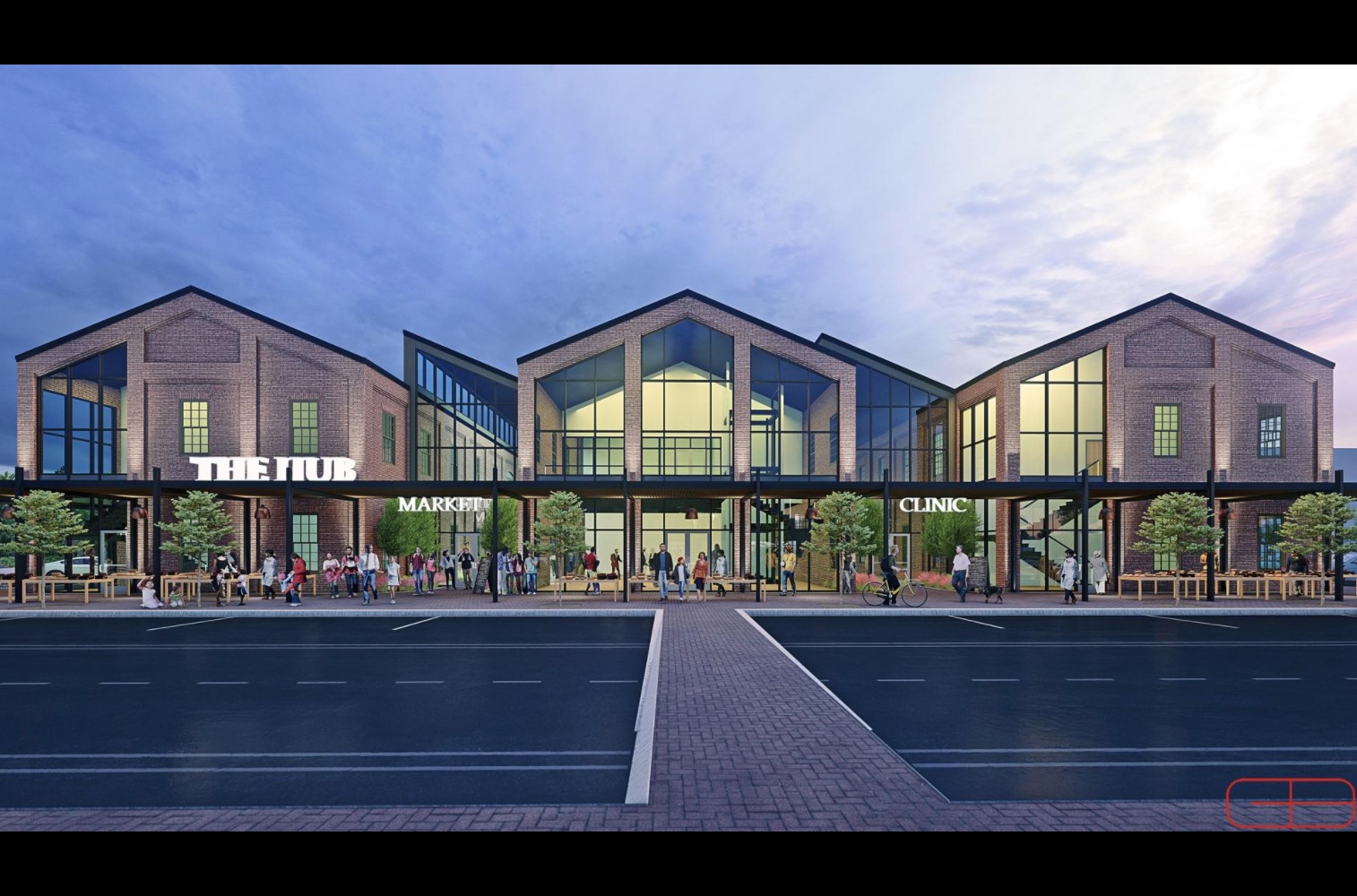 Posted at 10:18h in News by Augusta Tomorrow

A donor group led by the Augusta National Golf Club intends to pump $10 million into community development in the city’s historic Harrisburg and Laney-Walker neighborhoods.

Community leaders say a $10 million gift from Augusta National Golf Club and its corporate partners announced Wednesday will provide a much needed boost to two urban neighborhoods in need of revitalization.

Augusta National’s $2.5 million gift, matched by AT&T, Bank of America and IBM, will help build a nonprofit community center known as “The Hub,” as well as a new headquarters for the Boys & Girls Clubs of Augusta, on part of a 35-acre tract owned by the Medical College of Georgia Foundation.

The property at the intersection of 15th Street and John C. Calhoun Expressway serves as a gateway to the city’s medical district and is an intersection between the city’s historic but poverty-stricken Harrisburg and Laney-Walker neighborhoods.

Augusta National Chairman Fred Ridley said during the annual State of the Masters address the gift will “provide the majority of funding needed for this first step in the journey to uplift these underserved communities and, importantly, to promote generational change and the opportunity for economic mobility all Americans deserve.”

“This shared belief with our partners will attract even greater development and investment designed to benefit the residents of the Harrisburg and Laney-Walker neighborhoods, all of which can help build bridges out of poverty and make Augusta, Ga., an even better place to live,” Ridley said.

The money will flow into the projects through the Community Foundation for the Central Savannah River Area, which has long been the conduit for Augusta National donations in the metro area.

The two facilities – 25,000 square feet for The Hub and 15,000 square feet for the Boys & Girls Clubs office – will help the Augusta University-affiliated MCG Foundation kickstart its years-long, mixed-use redevelopment plan for the property, which was previously occupied by the Kroger-anchored Central Square shopping center.

MCG Foundation Chairman J. Benjamin Deal said discussions began to coalesce more than a year ago after consultants recommended redevelopment plans include facilities that would serve the surrounding neighborhoods.

“We shifted our focus to finding ways that not only benefit Augusta University but take care of these residents, whose communities have seen so many years of disinvestment,” Deal said during a post-announcement news conference at Harrisburg’s St. Luke United Methodist Church.

“Their contribution was much more generous than we were anticipating,” Mercier said, noting that the projects will also be eligible for federal New Market Tax Credits, which can help shave off nearly 40% of project investment costs.

Both the Harrisburg and Laney-Walker neighborhoods are listed as historic districts on the National Park Service’s National Register of Historic Places.

The Laney-Walker/Bethlehem neighborhood, to the south and east of the city’s medical district, has been the heart of the urban core’s African-American community since the late 19th century. Harrisburg, which sits west of the city’s central business district, was a stable blue-collar neighborhood that primarily housed families working at nearby textile mills, the last of which were shuttered in the early 2000s.

Both historic neighborhoods have undergone piece-meal revitalization initiatives in recent years but still have above-average poverty rates and below-average home-ownership rates for the area.

“These historic areas of Augusta are less than one mile away from Augusta National and just west of downtown,” Ridley said. “What once were thriving communities, Harrisburg and Laney-Walker have experienced decades of disinvestment, poverty, crime and unemployment.”

Officials estimated the construction costs at $13 million. Work on the buildings would run concurrently, with a groundbreaking as early as April.

“We’ve been moving forward at a very rapid pace,” Community Foundation CEO Shell N. Berry said at the post-announcement news conference. “And of course today’s announcement certainly puts a huge amount of gas in the engine to help make this vision a reality.”

The Hub, which is sub-branded as “A Center for Community Innovation,” will “foster innovation and collaborate between community organizations, corporate citizens and residents” to “ultimately transform the future of these historic neighborhoods.” Future tenants would include nonprofits such as Harrisburg Family Health Clinic, the urban gardening advocacy group Locally Grown, and Communities in Schools, a resource for public school children from disadvantaged households.

The Hub is designed to be “the epicenter” for serving “residents who grapple with poverty, a lack of access to basic resources, and generations of neglect and disinvestment.”

The Boys & Girls Clubs of Augusta’s current headquarters, at 206 Milledge Road, is a 4,000-square-foot former bank branch in need of extensive repairs. The new office building would dedicate space for teen workforce-development programs and other youth services.

David Seaton, national chairman for the Boys & Girls Clubs of America and a graduate of North Augusta High School, was in attendance at the post-announcement event and praised the gift.

“I’ve gotten an opportunity to talk to a lot of our alums, club kids, from Denzel Washington to our National Youth of the Year today, and every one of them will tell you the Boys & Girls Clubs saved their lives,” Seaton said. “What you are doing here, if you don’t take anything else away from this discussion tonight, you are saving lives.”