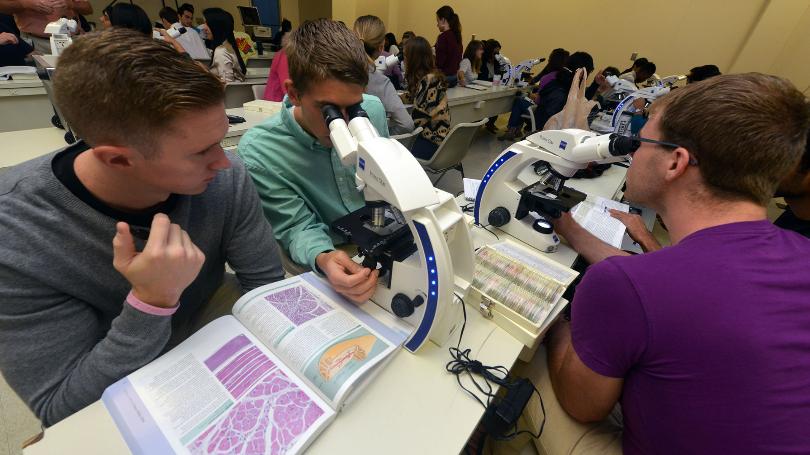 Posted at 09:18h in News, Uncategorized by Augusta Tomorrow

After more than three years of preparation for its recent survey, Medical College of Georgia at Augusta University has received a full eight-year accreditation from its accrediting body, Dean Peter Buckley said today.

The Liaison Committee on Medical Education, the accrediting agency for U.S. and Canadian medical schools, gave the school its full accreditation for meeting the 12 standards the agency has for medical education.

Schools must be reviewed at least every eight years and since the last visit in 2008, MCG has added four regional campuses at Athens, Savannah, Albany and Rome, which adds “a degree of complexity” to meeting those standards, Buckley said. The quality of educational experience at those campuses must be equal to what is offered in Augusta and the administration and oversight have to be well-coordinated, he said.

“You want to know that you have good quality at each place but you also want to know that it’s the same quality,” Buckley said. “It can’t be different. Getting that in all of the other campuses so that the oversight and management of the medical school is consistent is rigorous.”

At the same time, the reason for having regional campuses is to offer something else, he said.

“Of course, there are different experiences at each of the campuses and you want that difference as well,” Buckley said. “It’s a challenge from an accreditation point of view. They really endorsed the statewide model, as well as the strategy and the mission behind that, that’s ultimately tied to improving the health of Georgians.”

Beyond just the regional campuses, the survey involved all of the affiliated hospitals and ultimately included 170-180 people, including hospital CEOs, Buckley said.

“It goes from being student-centric to really an extraordinary community, statewide effort to show off our prowess in medical education,” he said.

The standards also change and evolve over time and one criticism MCG faced eight years ago was that it was too traditional and lecture-based and its buildings lacked space for things like small-group learning, Buckley said. Much of that was addressed with the help of the new J. Harold Harrison MD Education Commons building,

“All of that just blew them away, that this is a medical school that has a solid foundation in its training but has upgraded its curriculum and its environment to be contemporary, what you would expect for training tomorrow’s doctors,” Buckley said.

After adding four regional campuses in five years and then undergoing the review process, MCG can now focus on building up research and residency programs and community engagement statewide, he said.

“It now gives us the opportunity to continue the innovation in the medical student education but also to fill out the broader portfolio of our academic missions,” Buckley said.