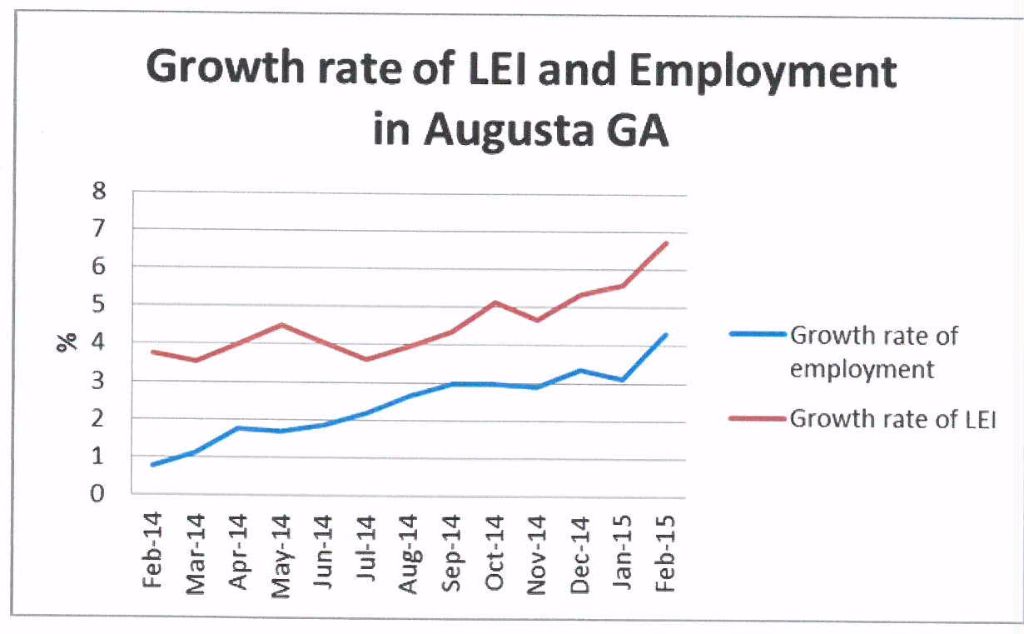 Posted at 10:30h in News, Uncategorized by Augusta Tomorrow

Concerns about the growth rate of the US economy are not reflected in Augusta: In February, the Hull College of Business Augusta Leading Economic Index (LEI) increased 0.3% from January. The index has increased 6.7% from February 2014. This represents twelve consecutive months of growth. In fact, the rate of growth of both the LEI and employment is increasing.

This month there was little change in housing permits and job openings but initial claims for unemployment insurance fell to their lowest level since February 2006. Over two thousand jobs were added in February (after seasonal adjustment).