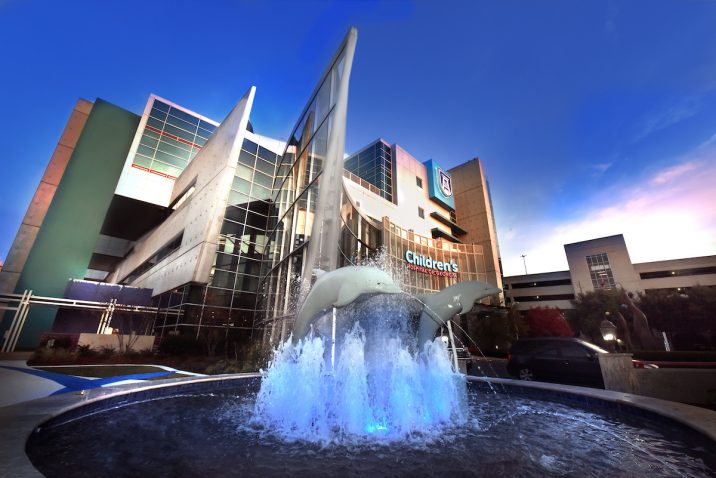 Posted at 14:31h in News by Augusta Tomorrow

As with many great things, the Children’s Hospital of Georgia began with a conversation.

Specifically, a statement often made to doctors by grateful patients and their families: Let me know if I can ever do anything for you.

Dr. Charles G. Howell Jr. didn’t pay much attention to the platitude in 1988 when it was proffered by a Jenkins County man whose 2-year-old granddaughter underwent a successful surgery at the Medical College of Georgia’s pediatric wing, which was relegated to a small section of the adult hospital’s eighth floor.

“I didn’t think the guy was for real,” Howell recalled. “So I said ‘We need a children’s hospital,’ and I left it at that.”

Unbeknownst to the surgeon, the recipient of his casual comment happened to be chief aide to Rep. Tom Murphy, the longtime speaker of the Georgia House of Representatives who had extraordinary influence over state appropriations.

Murphy, whose grandchild was in a neonatal intensive care unit in Atlanta, empathized with his staffer’s story. Within weeks, Howell and MCG’s newly hired president, Francis Tedesco, were discussing plans with the legendary politician and future Georgia Gov. Zell Miller.

“They invited us to come up and just talk,” Howell said. “And we did.”

Fast-forward 10 years to May 1, 1998: Gov. Miller is in Augusta dedicating the gleaming new facility – Georgia’s only children’s hospital outside Atlanta – as the Children’s Medical Center.

“When you do something that affects the well-being of our children and our families all across the state, it strengthens the quality of life all across the state,” Miller said at the dedication, later remarking to Howell that he considered the project the highlight of his governorship.

The first pediatric patients moved in on Dec. 8, 1998, and the quality of children’s health care in the region hasn’t been the same.