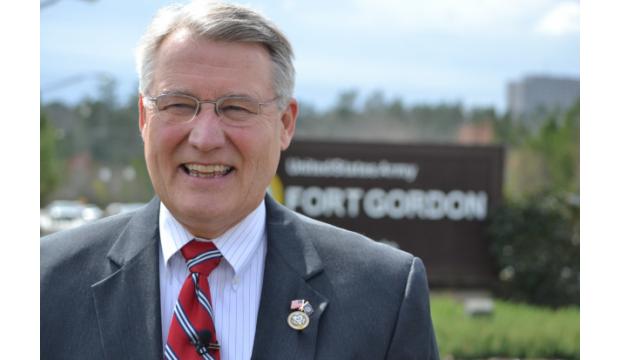 Posted at 13:34h in News, Uncategorized by Augusta Tomorrow

Fort Gordon welcomed Congressman Rick Allen on Wednesday for an up-close look at the Army’s cyber operations as cyber command continues to move into its new Augusta headquarters.

“Every time I am out here I just say, ‘Wow!’ I don’t mind telling you, it’s like drinking from a fire hose. We have a lot going on out here,” said the Republican from Augusta.

He called cyber battlefields the new frontier in warfare and said the mission at Fort Gordon and in Augusta is very important. Allen spent about three hours with cyber warfare experts learning detailed information about their missions. He said briefings about the current operations, future operations, and connections to the Georgia Cyber Innovation and Training Center were intensive and largely classified.

“We can be the Silicon Valley of the East Coast. We have that opportunity and we have that on an education level. We can set the stage for this part of the country as far as education,” Allen said.

The training center is planned to be a “cyber range” built by Georgia Technology Authority and operated by Augusta University at its Riverfront Campus downtown. The facility will be a training and education partnership between academia, military and private entities. Gov. Nathan Deal recently signed an amended budget that directed $50 million to the project which is expected to be complete in mid-2018.