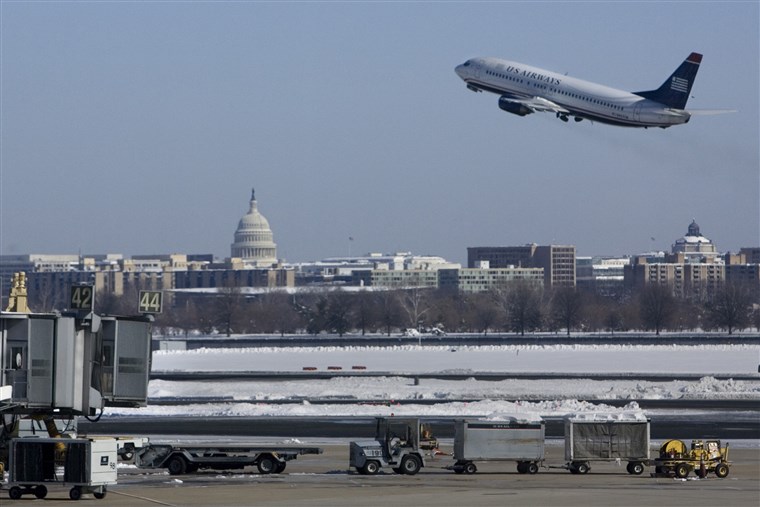 Posted at 13:00h in News by Augusta Tomorrow

Beginning Jan. 7, there will be one flight a day from and to Ronald Reagan Washington National Airport in Arlington, Va., on American Airlines.

“This is big,” said Herbert Judon Jr., the airport’s executive director. “Washington, D.C., that capitol region is the No. 1 destination to and from the Augusta market.”

That includes people from the military and Fort Gordon, the cyber communities as well as the private sector, he said. This will allow them to take a fairly short direct flight as opposed to having to fly to a hub airport and grab a connecting flight, Judon said.

“In terms of efficiency and time and cost savings, it is huge for our region,” he said.

Augusta had a direct flight to Washington until 2015, when U.S. Airways and American merged and American was forced to give up some of the limited slots available into Reagan Airport, Judon said.

“Augusta was kind of a victim of that,” he said.

The demand from the market is helping drive this and includes those who might have drove to Columbia or Atlanta to fly out, Judon said.

“I think they recognized that having a direct flight would recapture some of those people as well as stimulate some new passengers,” he said. And that is good for the airport as well, Judon said.

“For the airport what it means, it allows us to serve our customers in this region more broadly by giving them more choices, more options,” he said. “It gets us to a critical destination that is important for people in this region. People who may not have used our airport in years, this is an opportunity to get to a very in-demand destination right here from Augusta.”

Judon’s sentiments were echoed by Tom Clark, the executive director for the CSRA Alliance for Fort Gordon.

“We’re absolutely ecstatic about it,” he said.

The airlines crunch the numbers and look at data, but the airport also talks to them about what is coming in the future, Judon said.

“We talk about the business and industry and military that are here,” he said. “We try to give them a qualitative picture in terms of the growth that is going on here. I do think that it resonated.”

Clark has the numbers to back that up. Fort Gordon is one of the few military installations that is growing, he said, with a 25 percent increase since 2012 with 5,000 new military and civilian personnel, plus family. That will increase by June 2020 when U.S. Army Cyber Command completes moving its headquarters to the post, with 1,000 personnel and 1,300 family members, Clark said.

If the Washington flight gets the customers Judon is anticipating, it also could mean a rosier future for the airport.

“I’m very confident that the flight will do well,” he said. “If this flight is very successful, it can only bode well for either additional flights or maybe even larger aircraft. It can only be a positive step for us.”