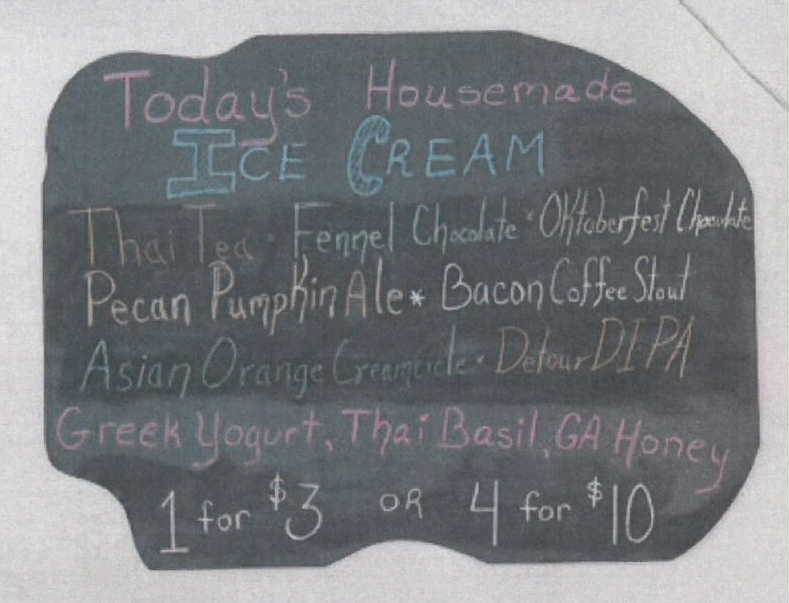 Posted at 13:52h in News, Uncategorized by Augusta Tomorrow

Out with the old and in with the new. That’s how Downtown Augusta is shaping up as a new wave of people enjoy business.

There is definitely a change brewing downtown. Old businesses that offered more of a laid back atmosphere are moving out or upgrading and new businesses are opening. All are appealing to a younger, family oriented crowd.

Eric Draper knows all about the change.

“Vibrant, interesting funky downtown,” he said to describe the change.

The buildings may be older, but the people going inside of them are younger with tastes like bacon-coffee ice cream to a more global cuisine bite that keeps changing.

Fuse offers something very different, such as ice cream that is not traditional.

“All of a sudden I put a stew on the menu because it started raining and the temperature dropped a little bit and everybody’s buying it,” said Draper, the Head Chef and Co-Owner at Fuse.

The changing downtown clientele convinced Eric Draper he needed to move south and open Fuse on the corner of 10th and Broad Street.

More family oriented unit of humans coming together and making a funky vibe.

As a new wave shifts in, old places close. But that means more businesses with fresh ideas to attract the new crowd downtown can open up.

If you can wrap your mind around what Lou Hale is offering, Downtown in the Garden City will be all about Archie comic books, Pokemon and a game of Chutes and Ladders or Star Wars.

“End tables that look like dragons. I have chess sets that are pixies versus fairies, just about anything you can imagine. The concept is the claw of the dragon is coming out of your imagination and bringing you back in,” he said. The Dragon’s Claw will hold a grand opening on October 2 at 3:00 p.m. The business can be found here.

You can’t forget about those older restaurants that have become a downtown staple, like Blue Sky Bar & Kitchen. The restaurant’s all Cuban menu has turned into a little something for everybody.

Bartender and server Amber Sterling told us, “The nighttime life is more hip opposed to back in the day when it was more laid back.”

She said now they are appealing to this newer crowd.

“Our appetizer menu, everything is like five dollars. We have fried green tomatoes, spinach and chicken egg rolls. And we’ve added a lot of new games and we try to keep the most recent new beers on tap and bottle,” she explained.