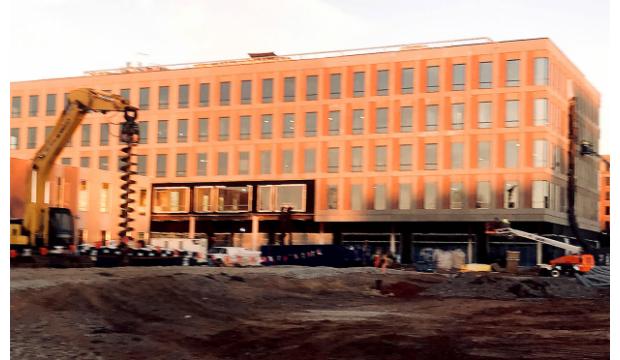 Posted at 14:10h in News by Augusta Tomorrow

In conjunction with Gov. Nathan Deal’s $35 million expansion of the Hull McKnight Georgia Cyber Center for Innovation and Training, the Augusta Commission agreed Tuesday to spend $4 million on additional parking at the downtown site.
After a closed-door meeting, the commission voted 9-0 to spend up to $4 million plus the cost of issuing additional bonds to add a level to the parking garage the city already agreed to pay to build.

In previous reports, Augusta agreed to contribute up to $12 million for construction of a deck of up to 575 spaces at the site, with parking revenues expected of about $100,000 a year.

Augusta Administrator Janice Allen Jackson said the addition will add a fourth level of parking to the garage, which she said will likely open a couple of months behind the July opening date for the cyber center’s first phase.
In November, Deal announced an additional $35 million from Georgia Technology Authority to nearly double the state’s investment in the cybersecurity training center, and ground was broken on the second phase of riverfront facilities earlier this month.

“With the high demand for space in the cyber training center, there will be a need for more parking spaces than we originally funded,” Mayor Pro Tem Mary Davis said.

The city will receive additional revenue from the added spaces and has asked to extend a parking management agreement with Georgia Technology Authority for three years to collect the funds, she said.

“The governor led the charge of an additional $35 million investment from the state, so we thought it was important to support those efforts locally for the additional spaces needed,” Commissioner Sean Frantom said.

Under the earlier agreement, Georgia Technology Authority had agreed to lease at least 250 spaces at $50 a month.