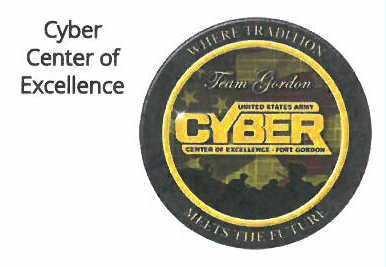 Posted at 11:26h in News, Uncategorized by Augusta Tomorrow

Amid announced cuts throughout the Army, Fort Gordon thankfully will grow.

The recent Defense Department announcement to cut 40,000 troops from the Army by 2017 illustrated why this community should be thankful for having cyber-warfare operations at Fort Gordon.

Call it the benefit of having some of the most in-demand war-fighting units in your back yard.

Fort Gordon, which will become home of the new U.S. Army Cyber Command by 2019, is one of the only military bases in the country that’s actually forecast to grow amid the reduction in force. In fact, the base will see a net gain of 40 positions “due to the addition of a few new units,” a fort spokeswoman said.

But that gain pales in comparison to the estimated 4,000 cyber, military intelligence and national security personnel who will move to Fort Gordon during the next five years to serve as front-line troops on the 21st-century battlefield – where wars are won by those who can penetrate the enemy’s information systems.

Worldwide, the Army’s reduction in force will draw troop levels down 450,000 soldiers and shed 17,000 civilian jobs by the end of 2017. The Army’s strength was at 556,000 soldiers when the current commander in chief took office.

All American soldiers are important and play a vital role in defending the nation, but clearly those relocating to Augusta as part the cyber-warfare buildup have the added benefit of job security well into the future.

Sadly, the same can’t be said about the region’s other military installations, including Fort Benning in Columbus, which is projected to lose 3,400 soldiers, and Fort Stewart in Hinesville, expected to lose 950. Fort Jackson in Columbia, S.C., is expected to shed 200 military and civilian jobs in the announced cuts.

It hurts to see other communities take their lumps in this round of force reductions, which is painfully short-sighted given the threat posed by global terrorism. But there’s no reason Augusta should mask its pride over having an asset such as Fort Gordon in its community.