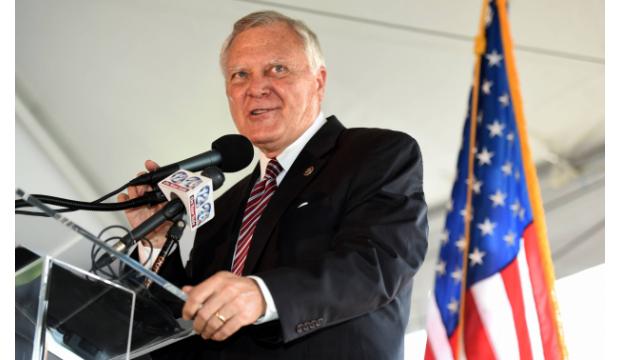 Posted at 13:53h in News, Uncategorized by Augusta Tomorrow

Two Augusta business leaders who pitched the idea of the original $50 million Georgia Cyber Innovation and Training Center to Gov. Nathan Deal just last December will be honored with their names on the building, Deal revealed Monday at the official groundbreaking for the center.

James M. Hull and William D. McKnight’s names will now grace the building as “planters of the seed” for the idea of the center, Deal said. Even before a foundation has been laid, the center has now increased to $60 million, not including a $12 million parking deck, and expanded from 150,000 square feet to 168,000 square feet, Deal said. That is in response to just the demand for space in the building, not only from state and federal agencies who will work and train there but from private contractors who want to have a significant presence there, said Calvin Rhodes, executive director of the

But Augusta University President Brooks Keel, whose university will run the center and have a large presence within it, said the building itself could just be “phase one” of more buildings on the 17-acre AU Riverfront Campus of what he sees as an eventual “digital village.”

Even in its present state it is “way beyond” what the Augusta leaders were presenting and is a credit to Deal’s vision, said Hull, who represents Augusta and surrounding communities on the University System of Georgia Board of Regents.