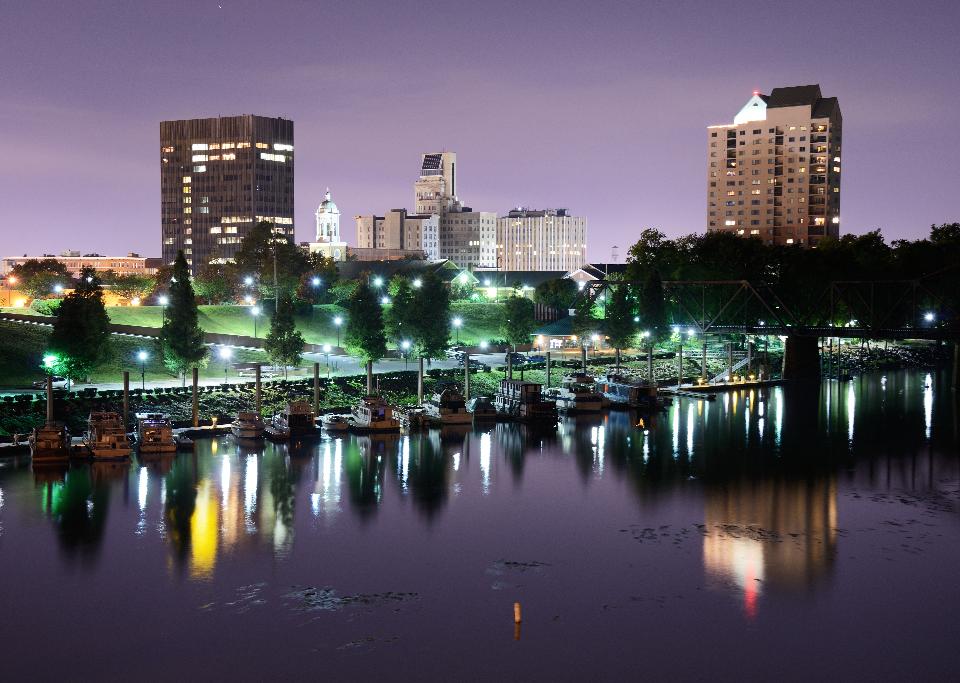 Posted at 11:55h in News, Uncategorized by Augusta Tomorrow

Graphic designer and illustrator Jason Craig lives in Augusta, Georgia, but he travels a lot to nearby cities like Atlanta and Columbia, South Carolina, for creative contract work and entrepreneurial camaraderie. “I wish I didn’t always have to leave to do cool work,” Craig says. “I’m always going to other towns and giving them my best — I want to do that in my hometown.”

Craig might soon get his wish. By the end of this year, Augusta could be known for a lot more than just its famous golf tournament. Starting in the fall, Augusta residents will have access to something called the Augusta Innovation Zone. A team of six action leaders is renovating a full downtown city block, including two historic buildings, and turning it into an incubator and hub for innovation, arts, entertainment and restaurants. Members of all industries and career paths will be able to rent desks, or even a full offices, there; they’ll share a receptionist and common office supplies; and they’ll attend seminars and workshops. Eager budding entrepreneurs might even want to rent one of the iZone’s apartments. Interactions might lead to mentor situations or future partnerships. “It will give most cities a run for their money in live-work-play spaces,” says Tommy Wafford, one of the iZone action leaders.

Wafford says he and his friends came up with the idea over drinks one night as they sought support on their own projects. “We said that something’s got to be done with startup innovative culture in our city,” says Wafford, CEO of MealViewer. “I’m on my third startup with my business partner. Every one [of these startups] has been a challenge — we’ve had to bootstrap every single one because there’s been no culture here.”

The iZone team wanted to create a physical space where people could come together to brainstorm ideas, find mentors and bounce entrepreneurial projects off venture capitalists. They wanted a place where people could inspire one another to bring their visions to fruition. And they wanted local businesses to turn to a creative space for recruiting events. Augusta, which has a population of just under 200,000, tends to draw millennials for a new cyber facility and a university hospital, but then they leave for larger cities. “There’s nowhere in our downtown for young people to go unless they want to drink,” says John Cates, an attorney and one of the founders. He and Wafford say they looked at existing hubs like the Atlanta Tech Village for motivation. “We needed to create an environment where the best and brightest can stick around.”

Wafford, Cates and the rest of their team — all of whom are working on this pro bono — worked closely with the city of Augusta to find an open space downtown that could launch this renaissance. One of the buildings they chose is an old Woolworth department store. People can join as members and check out co-working spaces. There will be offices for rent, conference rooms, restaurants and storefronts.

Over 200 people are on the waitlist for memberships, and 40% of the office space on the second floor has been reserved. Not all of those interested are locals. Wafford says he and his team are traveling all over, including to Silicon Valley, to meet with startups. They’ve also been encouraging venture capitalists to keep tabs on their progress. The huge difference in cost in living and rental space just might persuade a few entrepreneurs to move. “The wifi is just as good here as it is in Silicon Valley,” Wafford says. “We can extend your runway by 24 months [if you move your startup] to Augusta.”

The short-term goal is to get the Augusta Innovation Zone up and running by the end of 2017. The long-term goal is to use this iZone as a model for similar spaces around the country. “I definitely think there is an opportunity to help other post-industrialized cities thrive again economically,” Wafford says. “Obviously, being able to offer startup companies an ecosystem that has access to talent and funding is a key component to their success and longevity.”