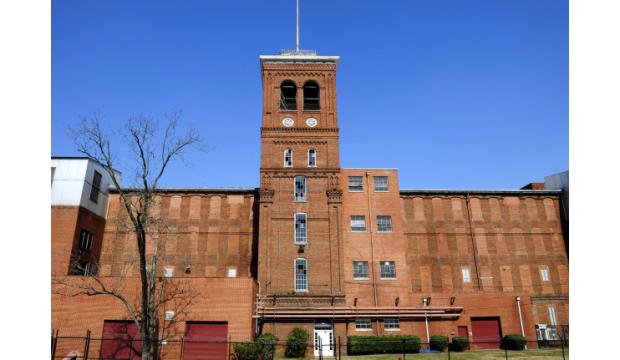 Posted at 14:23h in News by Augusta Tomorrow

The company redeveloping the Sibley Mill as high-tech office space on Friday announced it has completed its acquisition of the adjacent King Mill property from the Augusta Canal Authority.
Cape Augusta LLC said its purchase of the 22-acre former textile mill was completed Jan. 24. The $3 million transaction excluded the King Mill’s hydroelectric turbines, which the canal authority will use to generate revenue for its operations.

The property has been owned by the authority since Spartan Mills shuttered the plant in 2001.

Cape Augusta, which is turning Sibley into a commercial office park called Augusta Cyberworks, had previously announced its intent to renovate King Mill’s 600,000-square-foot factory building into as many as 300 market-rate apartments and retail space.
Cape Augusta CEO James Ainslie said in prepared remarks on Friday that many future King Mill residents could be people who work at the next-door Sibley Mill, which serves as the headquarters for Augusta-based IT firm EDTS LLC and cyber classroom space for the University of Maryland Baltimore County Training Centers.

“It’s clear that a high quality product for trendy urban living is vital to unlocking downtown as a destination for major commercial users,” Ainslie said. “We are delighted with our acquisition of this site as it’s ideal for this purpose.”

Cape Augusta has had an option on the property since 2016, when it entered into a long-term lease at Sibley Mill. King Mill’s previous tenant, Ohio-based Standard Textile, ceased its small institutional textile manufacturing operation at the Goodrich Street property in October.

Cape Augusta’s long-term plan for Sibley includes development of a 20- to 40-megawatt data center that would draw its power from Sibley’s hydroelectric turbine. Under the deal, the canal authority provide Cape Augusta’s operations with below-market rate electricity.

Canal Authority Executive Director Dayton Sherrouse said in prepared remarks Friday that the developments will give 21st century purpose to the 19th century properties, which are within the National Register of Historic Places district known as the “Augusta Canal and Industrial District.”

“Our hope for both King and Sibley mills is that they could not only be preserved as a part of our city’s industrial history, but also be put back into productive use and once again become economic drivers for our community,” he said. “The innovative ideas and energy that the team from Cape Augusta have put forward should do just that.”

Sherrouse said the sale proceeds will be used to create a reserve fund to pay for turbine maintenance and repairs. Hydroelectricity sales provide the bulk of authority revenue, Sherrouse said, with grant funds and earnings from Petersburg boat tours providing supplemental funding.