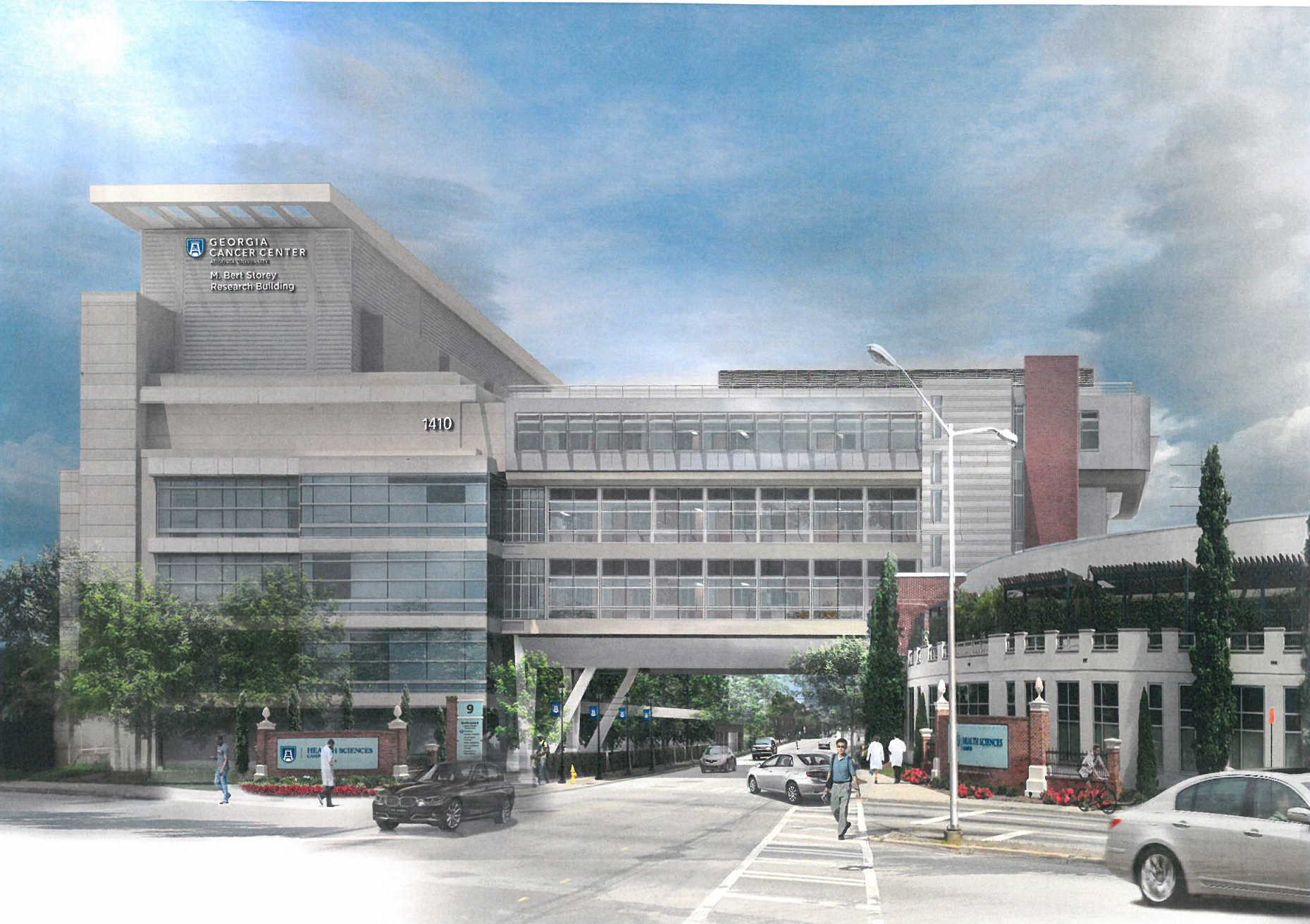 Posted at 14:19h in News by Augusta Tomorrow

Before it was dedicated Monday, pediatric oncologist Ted Johnson walked Sunday through the connector over Laney-Walker Boulevard between the clinic building of the Georgia Cancer Center and the M. Bert Storey Research Building where his lab is located at Augusta University.

“It’s a literal bridge and a figurative bridge between the science and the clinic,” said Johnson, who helped Dr. David Munn and others take a breakthrough lab discovery and turn it into a treatment for brain tumors that is bringing in children from around the country and internationally as well.

Georgia Gov. Nathan Deal and many members of the Storey family were on hand Monday to dedicate the $62.5 million addition and update, which includes the multistory connector over the street as well as 22,000 square feet of new lab space that will allow the university to recruit nearly two dozen new researchers. That will help push the cancer center toward designation by the National Cancer Institute, becoming the second in Georgia, said Medical College of Georgia Dean David Hess.

“This is going to propel us to NCI designation,” he said.

One of the motivations Storey had in giving the leadership gift that led to raising $12.5 million in philanthropic support for the building began 16 years ago after his wife was diagnosed with a rare form of thyroid cancer and she was taken to M.D. Anderson Cancer Center in Houston, said their son, Barry.

“Often during our visits to Texas, my father would say, ‘One day we will have available treatment in Augusta, Ga., so we can stay home rather than seek treatment’” elsewhere, he said. Storey died from complications from prostate cancer in April at age 88.

“He was very, very proud of our accomplishments here in Augusta, of this new facility, but more so he had such a positive outlook on what lies ahead for this cancer center in Augusta,” Barry Storey said.

Deal, whose efforts led to the more than $100 million Georgia Cyber Center on AU’s Riverfront Campus, shares that optimism for the cancer center as well.