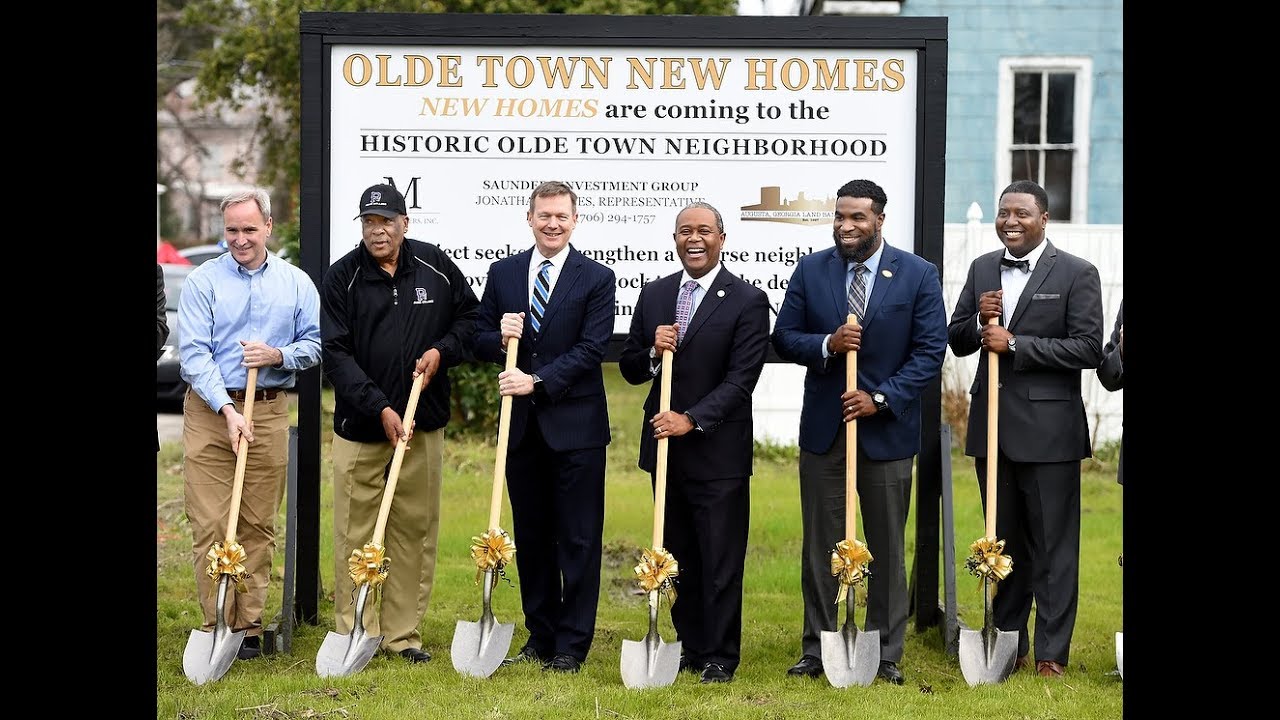 Posted at 13:44h in News by Augusta Tomorrow

Jonathan Aceves has seen a lot of changes in the 13 years he’s lived in Olde Town, and he welcomes the latest one.

“There are a lot of young people who are moving into Olde Town. There is a lot of excitement from young professionals about living in Olde Town, and a lot of that is happening on the northern side of the neighborhood,” he said. “This neighborhood has changed dramatically in five years.”

Aceves, a commercial brokerage adviser with Meybohm Commercial and a representative of Saunders Investment Group, is part of a project with the Augusta Land Bank Authority that is expected to bring more than three dozen new houses to Olde Town.

“Olde Town is a great neighborhood for this kind of project to happen in,” said Shawn Edwards, the authority’s executive director. “It’s important because there’s been people here who have made the investment of home ownership, continue to be responsible property owners and continue to pay property taxes with an expectation that is going to come back to them.”

The authority has acquired 57 lots between Watkins, Walker and Telfair streets from Fourth Street to Second Street for the project. Edwards said about 40 homes are expected to be built in the neighborhood.

The houses will initially offer three bedrooms and two baths in an attempt to increase interest among young families and professionals.

“If you can put a real building block in place where kids can see there could be a community where they can not only grow up and build real memories, they won’t look to flee the city and go to other opportunities in the big towns,” Edwards said. “If we can put families in place here, some of our talent will leave and go to the Georgia Techs and the UGAs, but they’ll remember where they grew up and they’ll bring those talent and resources back to our city.”

Tederell Johnson, Augusta’s chief deputy tax commissioner and the chairman of the Land Bank Authority, said the land bank is interested in getting abandoned, blighted properties back onto the tax roll and in a usable state. He said the project benefits from having a partner in Sanders Investment Group that will help convert the properties to affordable homes.

“These are market rate homes, but they are affordable,” Johnson said. “It not only gives the people who are indigenous to the area an opportunity to continue to live in Olde Town, but also those who are interested in moving into the area.”

The idea for the project came about after First Presbyterian Church on Telfair Street expressed concern about the neighborhood and encouraged its congregation to get involved. Aceves, who is a church member, decided to start buying abandoned properties and drug houses in the neighborhood to renovate and sell.

“Abandoned homes create a place for organized crime, but (if) somebody buys it, cleans it and fixes it up, there is no place on that block for a drug dealer to set up a shop unless they rent a house,” Aceves said.

District 1 Augusta Commissioner Bill Fennoy said blighted and overgrown lots have been one of his primary concerns since he was elected. He hopes the new development can help the neighborhood and possibly attract businesses to the area, such as a grocery store.

Mayor Hardie Davis said he hopes people take advantage of this opportunity to move to the Olde Town neighborhood.

“It’s an opportunity to bring single families back into the urban core, to live, to learn, to work and to raise their families, and that’s what Augusta has so desperately needed for the last three decades, and this is our opportunity to make that happen,” Davis said. “This is what Augusta should be about. Making a difference in the lives of people who already live here, but also providing opportunities for those who want to come and live in this great city.”