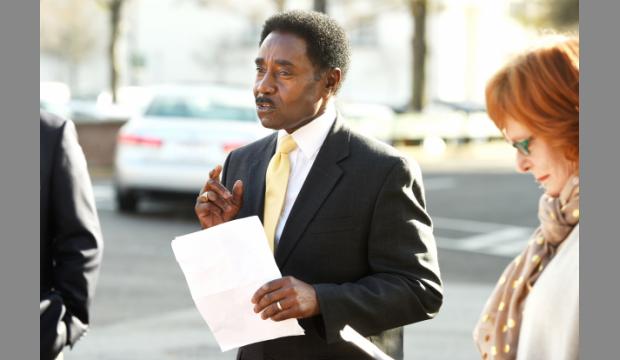 Posted at 10:28h in News, Uncategorized by Augusta Tomorrow

Amid a flurry of downtown Augusta news, city officials took a moment Thursday to celebrate the end of part of a downtown streetscape project.

“All of us that have worked and labored in the trenches for this moment can stand and be acknowledged,” said Scylance Scott, DDA chairman and the head of Antioch Ministries, a church-based development group.

The project was funded through a Transportation Enhancement grant from the Georgia Department of Transportation and $162,000 in city funds. The DDA applied for the grant and administered the project under a contract with the city.

Georgia DOT board member Don Grantham tied the ribbon-cutting in with Gov. Nathan Deal’s Wednesday announcement the state is building the new Georgia Cyber Innovation and Training Center a few blocks away on Augusta’s riverfront.

“That $50 million is going to go a long way in building a six-story building on the Golf and Gardens,” Grantham said.

At one end of the streetscape project’s boundaries, one of two new downtown hotels is going up, joining several other developments local leaders hope is building the “critical mass” needed to propel downtown forward.

The project’s new sidewalks, pavers and lighting stretch from Reynolds Street to Telfair Street, but miss a few spots, including in the 100 block of James Brown where a proprietor at the Brass Ring noted the sidewalks looked “pretty hideous.” The section of sidewalk has been known to trip patrons headed along James Brown toward Riverwalk Augusta, she said.

Woodard said the section was skipped because adjacent hotel construction would likely damage it but that it “will get done.”

The ribbon cutting comes as the DDA negotiates a new contract with Augusta for a second grant-funded streetscape project, six blocks south along James Brown between Laney-Walker Boulevard and Twiggs Circle.

The DDA projects are separate from what is an estimated $83 million streetscape overhaul of seven downtown streets under development to be funded by the new one-percent Transportation Investment Act sales tax.

Conceptual plans have been developed for that project and await public input and commission approval. Streets named in the project include Greene, Telfair, Broad, Fifth, Sixth and 13th streets as well as James Brown.