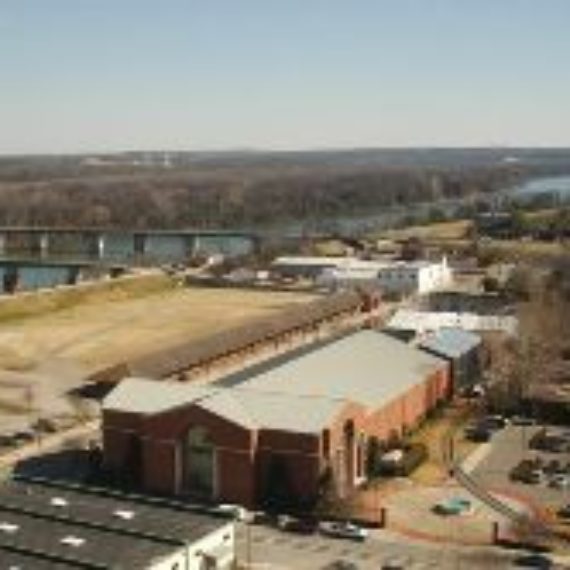 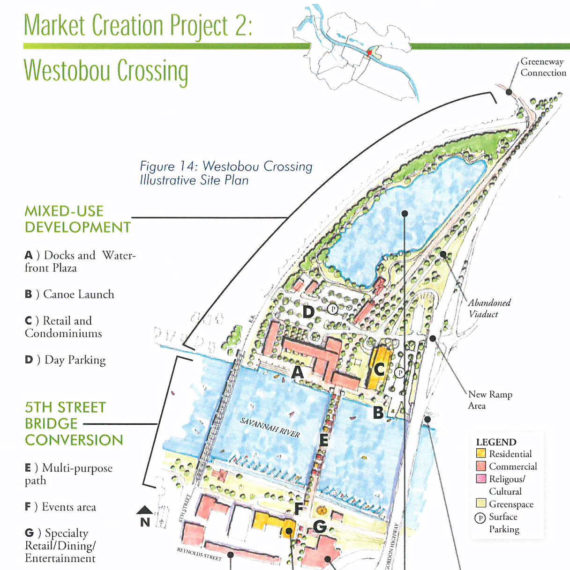 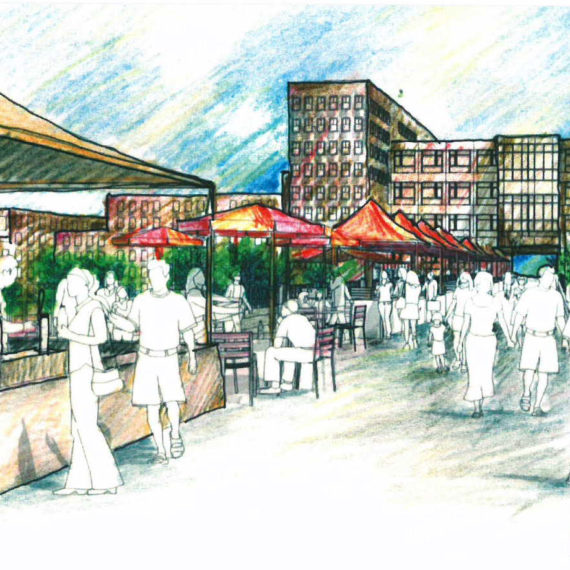 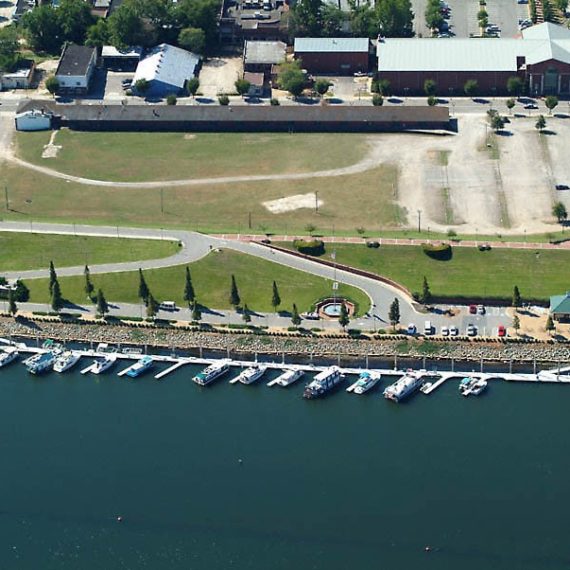 The Big Idea: Tie Augusta and North Augusta communities together with a waterfront development that spans the Savannah River and becomes a destination attraction for both cities.
Cost: $90 million private funds, $25 million public funds (in 2009 dollars).
Time: 20 years

Details: By tying the North Augusta and Augusta communities together with new development that literally spans the Savannah River, a destination attraction for both cities could be created. The vision is to develop the current 5th Street Bridge (over 85 years old) into a pedestrian/bike bridge, that hosts on-going activities and events.

In North Augusta, the abandoned and historic Hamburg area could be remade into an inviting, recreationally-themed waterfront community of high density, mixed-uses including housing (200 units), restaurants, retail, a boat dock and fishing venue on the brick pond.

The Augusta anchor includes the existing marina and Riverwalk, as well as proposed new development on the Pension Property site and in the adjoining former Coca-Cola bottling plant to the east. The Pension Property site is desirable  for a large mixed-use development. Along with this property comes an historic railroad warehouse, located along Reynolds Street, that could be preserved, restored and reused.

To jump start this project, the City of North Augusta acquired acreage between the 5th Street Bridge and U.S. Route #1 and developed a new intersection for ease of traffic flow. The ribbon-cutting for this new interchange occurred on 11/16/2009.

Progress: To jump start this project, the City of North Augusta acquired acreage between the 5th Street Bridge and U.S. Route #1 and developed a new intersection for ease in traffic flow. The ribbon-cutting for this new interchange occurred on 11/16/2009.

As part of the Transportation Investment Act (TIA) of 2012, the 5th Street Bridge redevelopment is included in Band 3 for actual construction/redevelopment to begin in 2020. Starting in 2017, the City of Augusta hired a contractor to evaluate the bridge structure and traffic patterns and to make recommendations including ways to connect to the North Augusta Greeneway across this bridge. This timing allows for plan development and contractor bids in time for release of funds for Band 3. 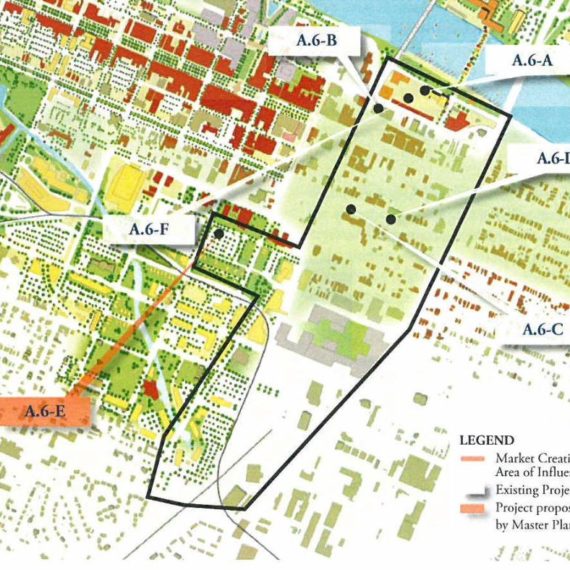