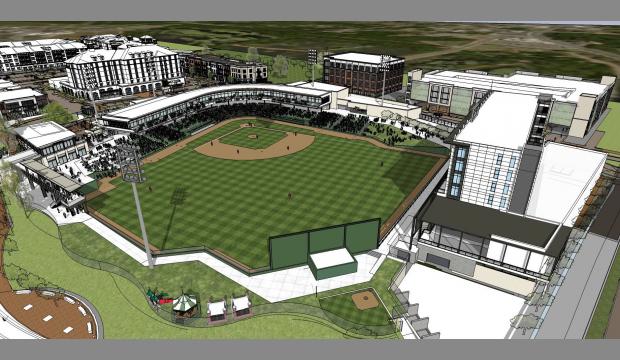 Posted at 13:51h in News, Uncategorized by Augusta Tomorrow

North Augusta City Council gave final approval Monday to the Project Jackson Master Development Agreement, the document that governs who will do what as it rises on the Savannah River’s South Carolina side.

The vote was 6-1, with Councilman James Adams in opposition.

Steve Donohue, a Project Jackson opponent whose unsuccessful lawsuit against the city went all the way to the state Supreme Court, attended the meeting, breaking a pledge he made more than a year ago never to attend another council meeting.

He brought his own slideshow that pointed out what he considers flaws in the MDA. His main complaint was that he didn’t think the city would be able to meet revenue projections based on rising property values because state-mandated property reassessments would reduce millage rates.

For example, the city’s millage rate is now 70.5, down from 74 because of a just-completed reassessment. The revaluation of property is required every five years.

Mayor Lark Jones countered that the city already has discounted property values by 20 percent in its Project Jackson calculations, leaving room for fluctuations.

Property values are important to Project Jackson because its Tax Increment Financing model harvests the difference between current values and those frozen at 1996 levels. Aiken County and the school board agreed that the city could use those incremental revenues for Project Jackson.

The city has projected 3 percent growth in property values for the MDA, when the increase is likely to be closer to 5-8 percent, Jones said. The city has another TIF that has been in place for 15 years and it has seen an average of an 8 percent increase in value, he said.

With third-reading approval, the mayor predicted that prime developer Greenstone would have an easier time getting leases for Project Jackson’s retail areas, “because people want to see progress.”

Despite the final OK, there are a “couple of loose ends,” Jones said.

The city still has to pass a bond ordinance and complete a stadium licensing agreement, but residents should see building activity going “full blast in the summertime,” he said. He’s confident the stadium will be holding GreenJacket games at the start of the 2018 season.

In other action, council also gave second-reading approval to a measure that allows it to enter an “installment purchase transaction,” an enabling arrangement for using bonds to defray costs of Project Jackson’s public infrastructure.