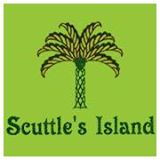 Posted at 13:15h in News, Uncategorized by Augusta Tomorrow

Four months ago, when water park developers scrapped plans of building the attraction near Grovetown, they vowed it would be located elsewhere in the community, and an announcement Thursday by North Augusta and Aiken County officials saw the first step in that process come to fruition.
A short video announcing the project listed May 2016 as the opening date and detailed a water park with 24 attractions, the tallest water slides and second-largest wave pool in the Southeast, six quick- and full-service restaurants, and a 15,000-square-foot interactive children’s area.
The water park, which officials say is expected to attract between 250,000 and 300,000 annual visitors, would be built on about 40 acres near Exit 5 off Interstate 20 and next to the new Wal-Mart Supercenter on Edgefield Road.
“If 10 percent of the people who attend this park decided to stay an extra day in North Augusta, that 10 percent would represent more than our current city’s population,” said North Augusta Mayor Lark Jones. “This is a huge impact on our city.”
In addition to a 2,000-foot-long lazy river and a 3,200-square-foot wave pool, the proposed water park would boast six “thrill” water slides, including a nearly 120-foot-tall slide, and a wide selection of food, drink and ice cream items, said Andrew Thompson, a partner in the project.
Involved in the planned water park since 2013, Thompson was quick to point out that the attraction will benefit the entire metro area and should not be viewed as a competition among surrounding counties.
Those comments referenced a similar announcement made last year in Columbia County. The man spearheading the water park project, Benjamin Bell, had intended to build the park on about 45 acres he owned off Louisville Road next to his Lights of the South attraction, but he withdrew the proposal after months of discussions with the county’s planning staff over building permits and infrastructure concerns.
When contacted Thursday, Columbia County Commission Chairman Ron Cross said the county tried to work with Bell and the other investors to make the project a reality, but there was a basic misunderstanding on Bell’s part in what the county could offer.
“The big thing was that he kept saying we were going to subsidize the project to the tune of $3 (million) or $4 million, and we never made that commitment,” Cross said. “We were just not willing to subsidize that thing with taxpayer money to have it happen.”
Cross also said there were infrastructure and traffic problems with the plan that did not have easy solutions.
“We would have loved to have had a facility like that, but he never had the information on where the water was coming from and how far away it was and there were still issues about the capacity of the septic tanks for the sewer for the number of people out there,” he said. “There were just two or three pages of things that never got answered.”
Thompson said the North Augusta site was ideal to him, Bell and their eight other local partners for its interstate access and central location to nearby cities where they expect to draw visitors. The group is under contract to purchase the parcel and expects to close within a week, Thompson said.
“We are at a crossroads of all the major areas of the CSRA. Geographically, it makes a lot of sense,” said Thompson, calling Scuttle’s Island a destination park. “We hope to positively impact hotels and restaurants in all of our neighboring counties as well as Aiken County.”
The project is expected to cost developers more than $21 million. Scuttle’s Island will create 12 full-time jobs and 93 seasonal positions, according to a fact sheet drafted for the water park.
Park architect David Markey, who has designed multiple aquatic facilities across the country, including Summer Waves at Jekyll Island, Ga., and Splash in the Boro in Statesboro, Ga., said he expects the project to break ground within the next couple of months. The first step in the permitting process will be acquiring a land disturbance permit, he said.
The North Augusta site already has access to water and sewer service and is surrounded by existing commercial development, said city Administrator Todd Glover.
Glover said the city and Aiken County are finalizing what incentives will be offered to developers before it goes before city council members for a final vote. Glover likened the incentive to a no-interest loan that should be paid back by three years.
“They’re going to pay it back over time with a portion of ticket sales,” Glover said. “It wasn’t in the millions or anything like that, but it made sense for us to do it. They’re going to bring between 200,000 to 300,000 people per year. Those people buy gas, eat in our restaurants, shop and stay in our hotels.”
Adding a water park to North Augusta also will help to diversify the city’s economy, Glover said.
“It’s huge for us,” he said. “It shows that we’re not just concentrating on Project Jackson and nothing else.”
Project Jackson, an expansive riverfront mixed-use project with total projected investment approaching $200 million, reached the end of an 18-month lawsuit this summer after the South Carolina Supreme Court upheld a funding ordinance challenged by a North Augusta homeowner.
The public-private project includes a new ballpark for the Augusta GreenJackets, a hotel, shops, restaurants and living space but remains at a standstill until private developers come through on their portion of the deal.