Sibley Mill Envisioned as a Tech Citadel for Augusta 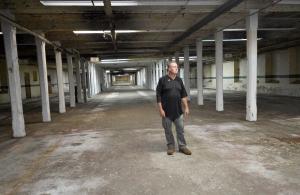 Posted at 11:34h in News, Uncategorized by Augusta Tomorrow

One of the more subtle architectural flourishes at Sibley Mill is the Latin inscription on each of its wings: Esse quam videri.