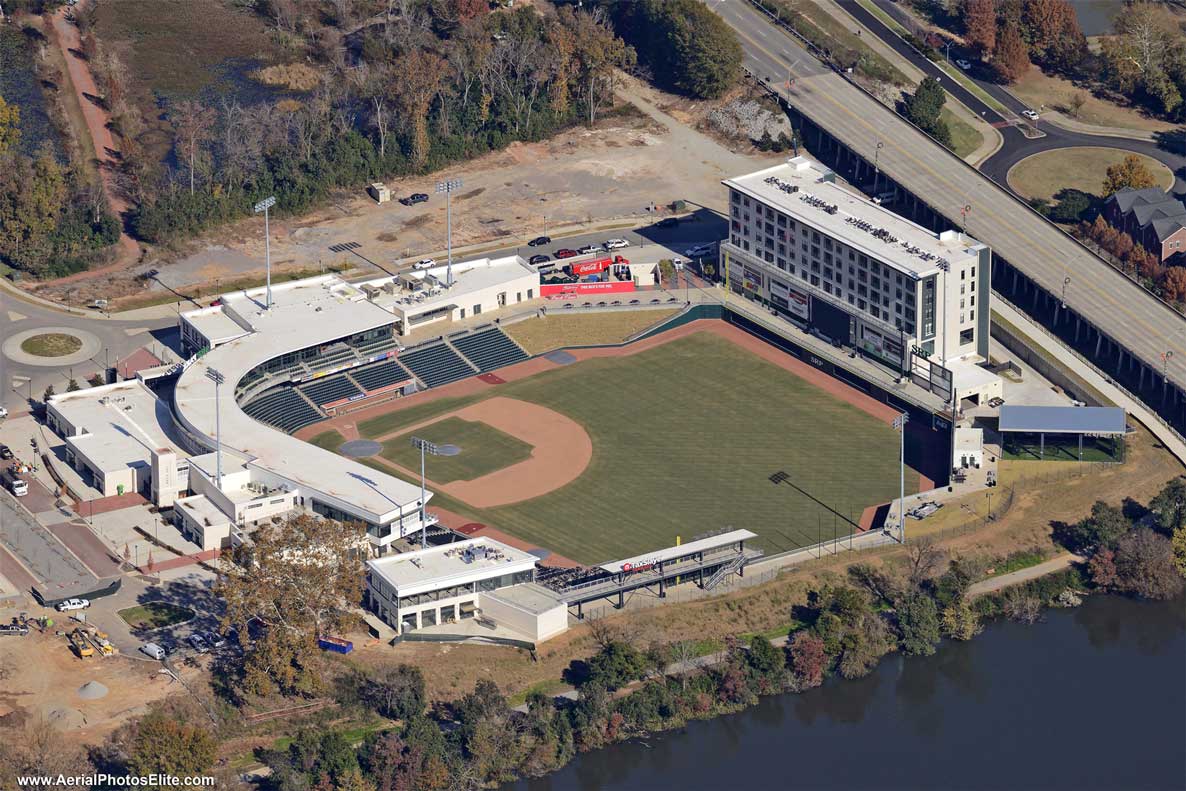 Posted at 12:51h in News by Augusta Tomorrow

SRP Park picked up a nationwide award given annually to baseball’s top ballpark.

The new home of the Augusta GreenJackets was named the 2018 BaseballParks.com’s Ballpark of the Year.

The website honors a ballpark each year that’s new or remodeled and offers “the best combination of site selection, exterior appearance, architectural design and fan amenities,” according to a news release from the GreenJackets.

“Receiving this award is truly an honor to be recognized on a national basis,” GreenJackets vice president Tom Denlinger said. “Our crown jewel SRP Park is receiving accolades and it goes to show what a truly special venue we have here in North Augusta.”

The announcement of the award will be published in this week’s edition of USA Today Sports Weekly. The selection was made by an advisory panel utilized by the website, which has presented the award to ballparks for nearly two decades.