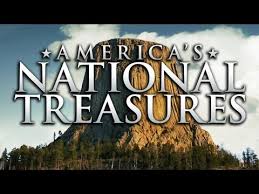 Posted at 09:12h in News, Uncategorized by Augusta Tomorrow

SRS: A Place for Solutions
By Dr. Susan Winsor and Sanford Loyd
Sixty years ago, when the Nation needed solutions to
unprecedented Cold War challenges driven by creating and maintaining
an effective nuclear deterrent, the Savannah River Site delivered. And
SRS has been delivering solutions ever since.
When Dr. Ernest Moniz, the nation’s 13th Secretary of Energy, visited
the Savannah River Site (SRS) recently, he was quick to recognize that SRS
still has unique capabilities that lend themselves to new Department of
Energy and international missions. He singled out the Savannah River
National Laboratory as a “national treasure” and H-Canyon, the only
secure nuclear chemical separations plant in the U.S.
He also noted that SRS is the only site in the DOE complex to
actually empty and permanently close high-level waste tanks and
successfully convert high-level waste into glass — a process pioneered at
SRS that no other site has been able to duplicate.
Yes, throughout its history, SRS has been a place for solutions.
 When America needed special materials like plutonium and tritium
for the U.S. nuclear arsenal during the Cold War, SRS delivered.
 When scientists needed a reliable, long-term energy supply for
deep space missions, SRS delivered.
 When DOE needed to convert Cold War-era liquid radioactive
waste into a solid form for safe storage, SRS delivered.
 When international treaties demanded that former world foes
mutually abolish their stores of key ingredients for nuclear weapons,
SRS delivered.
 When the government wanted to demonstrate that high-tech
nuclear production operations could co-exist harmoniously with the environment, SRS delivered, becoming the nation’s first National
Environmental Research Park.
During his visit, Secretary Moniz paid tribute to the SRS workforce that
made those solutions possible. It is impressive in size, formidable in talent
and has been a juggernaut in the region’s economy for six decades. With
nearly 11,000 highly skilled workers, SRS by itself has nearly as many workers
as the combined total of South Carolina’s two other major industries –
Boeing and BMW. Both South Carolina and Georgia benefit immensely
from the SRS employees residing in our two states.
While we have a strong workforce now, the dedicated workers in the
nuclear industry at SRS and local power utilities are reaching retirement
age. It is yet another challenge in need of a solution.
As a region, we have been working hard with DOE’s help to boost
future nuclear-related job opportunities for local residents through the
Nuclear Workforce Initiative (NWI®). New training programs were created
and implemented at five area colleges and universities under a
Department of Energy grant which is administered by the NWI® and
overseen by the SRS Community Reuse Organization.
The grant, now in its fourth year, has resulted in 300 local students
being enrolled in the nuclear curricula developed under the grant. Nearly
60 have graduated and are beginning careers in the region. An
additional 1,000 students have received information and training in
Science Technology Engineering and Mathematics (STEM) programs. This
next generation workforce is ready to assume leadership roles in our
important nuclear culture as the existing workforce exits in retirement.
It is important that all of us recognize the value of the immense
intellectual capital working at SRS safely and securely for decades. The
Site’s management and skilled labor force and its one-of-a-kind facilities
are uniquely qualified to handle many of the global nuclear challenges
facing us now and in the future.
SRS capabilities have been in the spotlight in recent weeks amid
public discussion of plans to receive and process used fuel containing
2Highly Enriched Uranium from German research reactors. Although our
group — the SRS Community Reuse Organization – has taken the position
that more information is needed to reach an informed decision on this
particular project, we have no doubt the SRS people and facilities are up
to the task.
Despite its past significant contributions to national security and the
fact that it is now in a cleanup mode, as community leaders, we believe
the Savannah River Site’s mission will remain relevant in the years ahead.
When it comes to complex nuclear issues and potential new missions in
both the Federal and private sectors, America still needs a place for
solutions.
We know SRS is prepared to deliver once again. We’re glad
Secretary Moniz sees the same promise we do for the Savannah River
Site’s future.
####
Dr. Susan Winsor is President of Aiken Technical College and Chair
of the SRS Community Reuse Organization (SRSCRO). Sanford Loyd is a
Certified Public Accountant in Augusta and serves as Vice Chair of the
SRSCRO