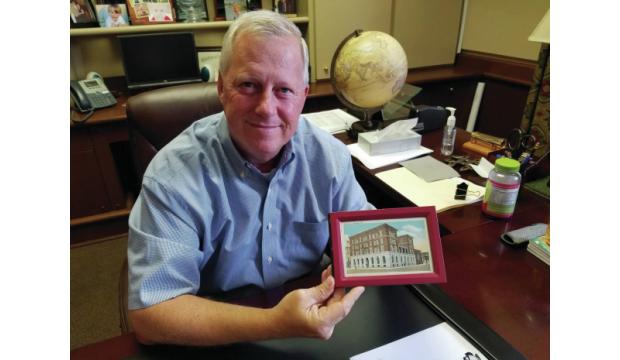 Posted at 11:41h in News, Uncategorized by Augusta Tomorrow

TaxSlayer President Brian Rhodes said Monday the actual move will be up to a year away because “there are a lot of details to finalize.”

The company purchased the 94-year-old building at 945 Broad St. from the family Y of Greater Augusta on Thursday for $2 million. Richmond County has placed an assessed value on the property at $1,901,951.

“There seems to be a technology movement downtown, and we wanted to be a part of it,” Rhodes said. “That’s exactly why we wanted to open another location.”

TaxSlayer will be keeping its five-story Evans headquarters, which was built in 2012. That building will house about 50 full-time employees and about 300 seasonal workers. TaxSlayer typically hires temporary customer support representatives to provide help by phone and email to its customers each tax season, which stretches from December to May.

The employees expanding to the new downtown location will be software development and administrative staff, Rhodes said. That will require months of renovations to the building that was the first long-term home of Augusta’s Young Men’s Christian Association when it was completed in 1923.

When the Y’s administrative offices move out within 60 days, “we’ll start renovations on the top three floors,” Rhodes said. “When the Y has completely vacated at the end of the year, we’ll start on the bottom two floors.”

Many of the Downtown Y’s member services will operate until year’s end. The branch has about 1,100 members.

TaxSlayer is working through the specifics of its renovations with space planners and architects. Rhodes expects to provide more details about those renovations in August.

The Downtown Y used the building from 1923 until closing the location in 1982. In 1997 the Y donated the building to Health Central Wellness and Fitness Facility, which had been leasing the basement, gym and lobby of the building as a fitness center since 1983.

The Family Y is looking for another downtown location in part because the cost of maintaining the Broad Street building grew prohibitively expensive. The Y calculated that the cost to maintain the current downtown facility approached $3 million. If features were added that are available at newer Y branches, the cost rose to more than $5 million.