Textron Expansion Adding up to 400 Jobs in Augusta 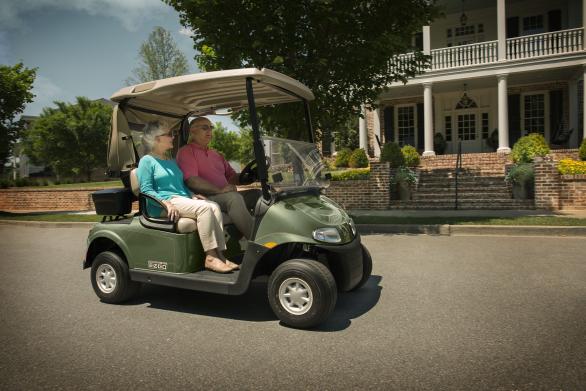 Posted at 15:40h in News, Uncategorized by Augusta Tomorrow

Textron Specialized Vehicles Inc., plans to add up to 400 jobs after acquiring more than 200 acres at the former Procter & Gamble property at Mike Padgett Highway and Marvin Griffin Road.

The company will close on the property, which includes more than 600,000 square feet, in the next few weeks, Kevin Holleran, president of Textron Specialized Vehicles, said Thursday. New job openings, which will range in specialization, will take place over the next five years.
“We’ve been running out of space at our headquarters for some time,” said Holleran, who said he felt fortunate to find property available a one mile away.
The company headquarters sits on 50 acres on Marvin Griffin Road, but it started as E-Z-GO in a one-room machine shop in Grovetown in 1954. Textron Inc., acquired the company in 1960 but the name did not change to Textron Specialized Vehicles until 2014. Today the company designs and manufactures more than 90 consumer and commercial vehicles models ranging from golf cars to side-by-sides to ground support equipment for the aviation industry with brands such as E-Z-GO, Cushman, Bad Boy, Tug and Douglas. It employs about 800 in Augusta.

“This expansion will enable our company to rapidly increase its manufacturing throughput and flexibility to meet the growing needs, desires and demands of our different customers, from individual consumers to commercial enterprises,” Holleran said in a statement.
Procter & Gamble, which went into production in 1963, began a job phase-out in 2013. In December 2014 the remaining 40 employees and 150 contractors were told manufacturing would cease within the next 12 to 18 months as part of a company restructuring plan.

The purchase of the property was facilitated through the issuance of $20 million in revenue bonds, issued by the Augusta Economic Development Authority and backed by payments to be made by Textron Specialized Vehicles. The funds will cover the purchase of the facility and capital investments to prepare it for manufacturing.
The Georgia Department of Economic Development will provide $600,000 in a project development grant and more than $1.6 million in job-training assistance through the Georgia Quick Start Program, according to a news release.
“This has been a great 12 months for Augusta,” Henry Ingram, chairman of the Augusta Economic Authority, said at Thursday’s announcement.
Augusta has seen expansion from Solvay, DSM, Elanco, ADP, ribbon cuttings at Unisys and future ribbon cuttings at the Starbucks plant, Ingram said.