The Partridge Inn – To Become A Hilton Boutique Hotel 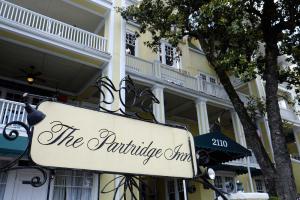 Posted at 12:26h in News, Uncategorized by Augusta Tomorrow

The Partridge Inn is on the fast-track for affiliation with a new Hilton boutique-style brand.

The historic hotel on Walton Way, now in the midst of a major renovation, is among a handful of properties across the country approved for Hilton Worldwide’s new Curio brand, said hotel general manager Bill Mish.

“That becomes a game-changer,” he said. “Because now this hotel that has never really been branded, will be. You have that support, that reservation system.”

The process for The Partridge Inn to gain affiliation with Hilton began last summer, when the new owners were in due diligence to purchase the property through an online auction.

Before renovations began, design elements and the level of amenities were chosen in line with Curio standards, Mish said. Features ranging from Internet speeds to TV setup and the rooms’ access system must align with Hilton’s criteria.

Hilton Worldwide launched Curio in June. The grouping consists of once-independent, one-of-a-kind properties with a four- or five-star rating.

The properties selected for Curio brand affiliation range from boutique urban hotels to large beachfront resorts that must already have a local reputation or established brand identity, according to the global hospitality company.

The changeover at Partridge Inn, including a new reservation and front office system, will likely occur within 30 to 45 days after the Masters Tournament is finished. The process usually takes about six months, Mish said.

The five-story hotel is in the middle of a $6 million restoration, which includes repairs and an overhaul of all 144 guestrooms, bathrooms and hallways.

“The reservation system is key,” Mish said. “It becomes very cumbersome and very difficult to try to market an independent hotel nowadays. The minute you say you’re now a Hilton property, the booking channels … and the whole issue of marketing your hotel to millions and millions of people just becomes that much easier.”

Brand affiliation with Hilton will require service at Partridge Inn be maintained at a superior level, Mish said.

Guests will be eligible to earn reward points through the guest-loyalty program, Hilton HHonors.

The Partridge Inn has been closed since early November and is expected to reopen in March, ahead of Masters Week.