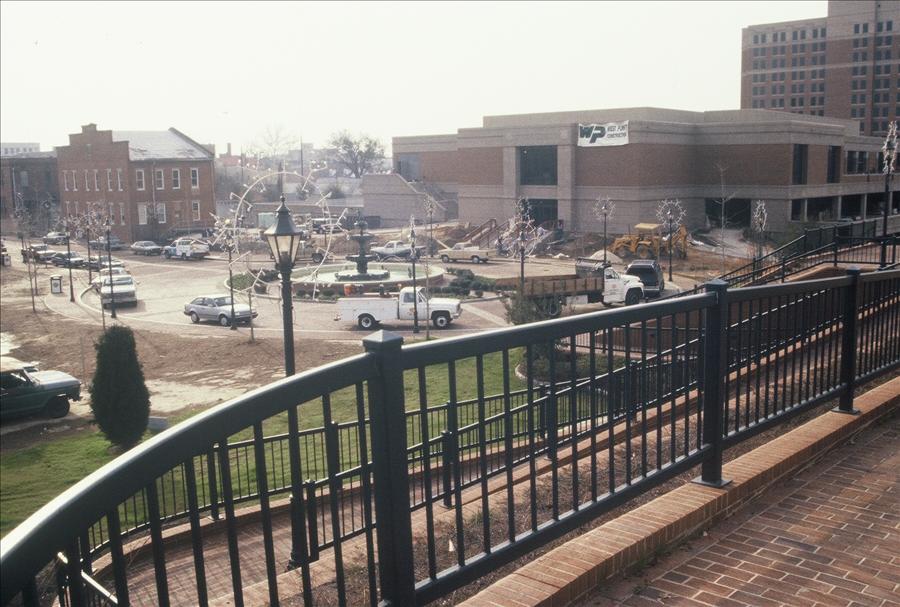 5/24/1990: The City of Augusta and Augusta Tomorrow, Inc. held a groundbreaking ceremony for the Augusta Riverfront Center.

Augusta Riverfront Center Financing: The UDAG grant approval (11/3/1987) was only the first step in securing funding for the project. It took until 1990 for the financing to all come together. The country was going through one of its worst financial crises in the post war period and banks did not want to engage in commercial real estate loans.Bankers First was the largest equity investor with $5 million in the proposed $48 million Riverfront Center. Azalea Development Company (a firm affiliated with Morris Communications) invested the next largest amount of $4 million. The remaining $1 million of the funding was provided by Augusta Limited Partnership, a subsidiary of Bailey &amp;amp;amp;amp;amp;amp;amp;amp;Associates; Kuhlke Properties; Hull, Towill, Norman Barrett, an Augusta law firm; and Dr. Louis Battey, an Augusta physician.

Even with the $10 million in equity, the UDAG Grant and the long-term leases, the bank would not finance the project. At the time, the environment was very hostile for this type of project. At this point, William S. Morris III agreed to add financial strength to the project by personally guaranteeing the $17 million loan. This guarantee, along with the $10 million equity funding, the $7 million UDAG funding, and long-term lease signers ultimately satisfied the bank, and a $17.0 million loan was secured. Without the commitment from Morris, the project would not have become a reality.

As discussed previously, other major hurdles had to be eliminated by Augusta Tomorrow, Inc. before the project could become a reality. These included congressional legislation and intervention before the Corps of Engineers could approve the breach in the levee. Additionally, an agreement resulting from negotiations over a two-year period was reached with the Seaboard System Railroad to abandon and remove the railroad tracks adjacent to the levee going west from 6th to 15th Streets.