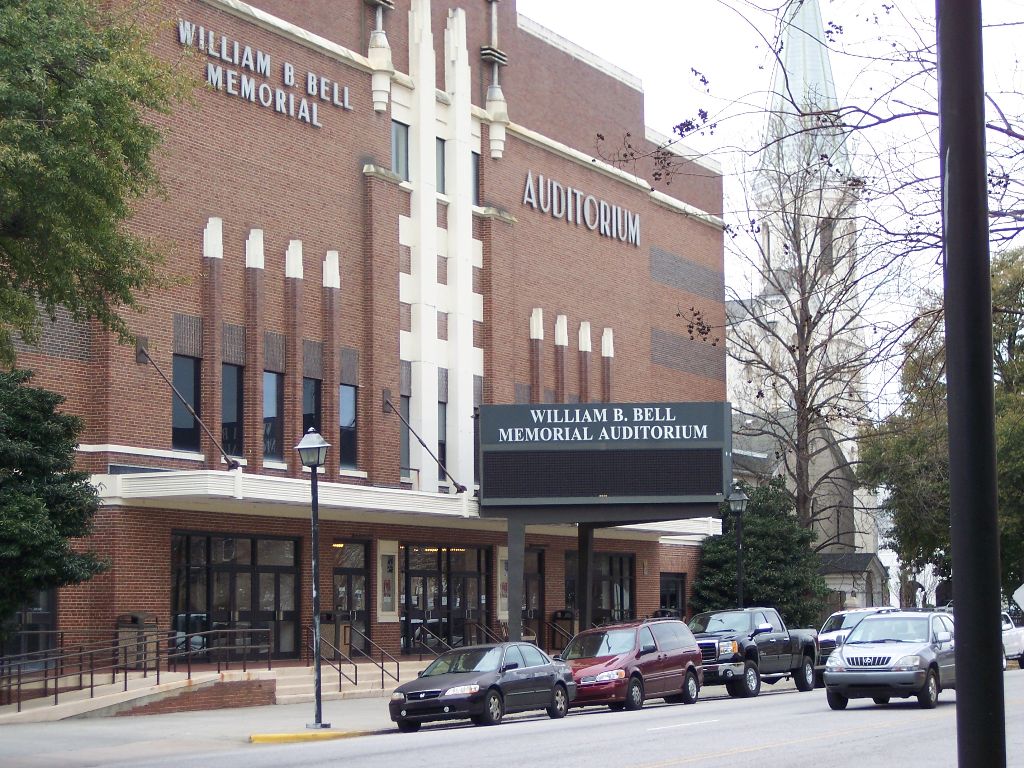 1930-1939 : The New Deal funded projects in Augusta through the Works Project Administration (WPA) program. Some of these projects included Augusta Canal repair, paving of Wrightsboro Road and Walton Way, building the Olmstead Homes and Sunset Homes (Augusta’s first public housing projects), and the Bell Auditorium on Telfair Street. The Bell Auditorium was constructed with $170,000 supplied by the WPA and $200,000 from a bond issue.

A massive flood in 1929 broke through the levee. In the 1930s, the City of Augusta requested federal funds to raise and strengthen the levee to its current level.

1938 : In early attempts to provide a direct highway link between Augusta and Savannah, federal and state agencies conducted a study which officials hoped would lead to the development of a roadway to be called the Oglethorpe Trail. This roadway would roughly parallel the Savannah River and be a scenic highway link between the two cities. Groups from Augusta and Savannah formed the Oglethorpe National Trail and Parkway Association. The Association successfully petitioned Congress to fund a $25,000 study of the project through the National Park Service. However, after the study approval, but before work was started, the project was halted due to World War II.

1939 : Augusta won a bid for an army camp as World War II commenced.