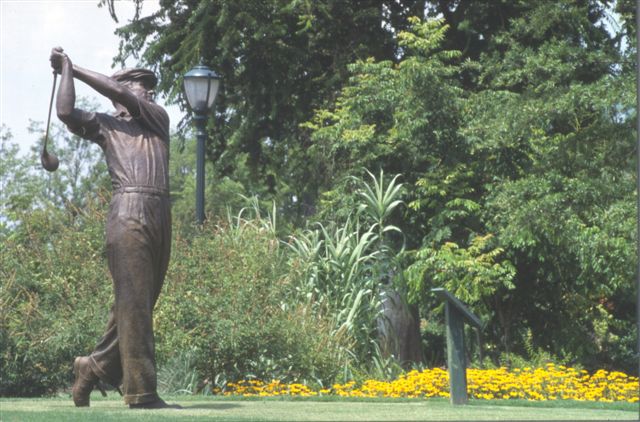 2/3/2010: The groundbreaking for The Salvation Army Ray & Joan Kroc Corps Community Center, bounded by Broad and Eve Streets and the Augusta Canal, was held.

3/2010: The Harrisburg Master Plan Implementation Team established an Augusta branch of the Fuller Center for Housing with the mission of revitalizing Harrisburg by capitalizing on rehabilitating the vacant and abandoned housing stock through volunteer labor, and making it available for sale to people with modest but steady incomes.

3/19/2010: The Augusta Museum of History officially unveiled the relocation of the six golfing sculptures previously displayed at the Georgia Golf Hall of Fame’s Botanical Gardens. Donors had paid $250,000 for the commission and maintenance of each of the six statues with the understanding that the sculptures were meant for public display.

5/25/2010: The City of Augusta was selected to receive a $50,000 GATEway Grant from the Georgia Department of Transportation to enhance the right-of-way along the Doug Barnard Parkway in front of the Messerly Wastewater Treatment Center. Augusta Tomorrow board members assisted the City in the grant application process.

6/25/2010: The Augusta Richmond County Public Library Headquarters, located at the corner of 9th Street and Telfair Street, opened. Augusta Tomorrow assisted the library in obtaining a Master Plan rendering in Plexiglas for display in the library stairwell.

8/2010: The Augusta-Harrisburg Fuller Center for Housing branded their initiative as “Turn Back the Block.”

8/3/2010: The City of Augusta approved an Agreement between the Georgia Department of Economic Development on behalf of the Georgia Golf Hall of Fame Authority and Georgia Golf Hall of Fame Commission to transfer the right, title and interest of the six golfing sculptures to the City of Augusta – Raymond Floyd, Bobby Jones, Arnold Palmer, Byron Nelson, Jackie Nicklaus and Ben Hogan.

9/7/2010: The Augusta Commission agreed to move the sculpture of Raymond Floyd from the Augusta Museum of History to the Augusta Regional Airport for a one year renewable loan.