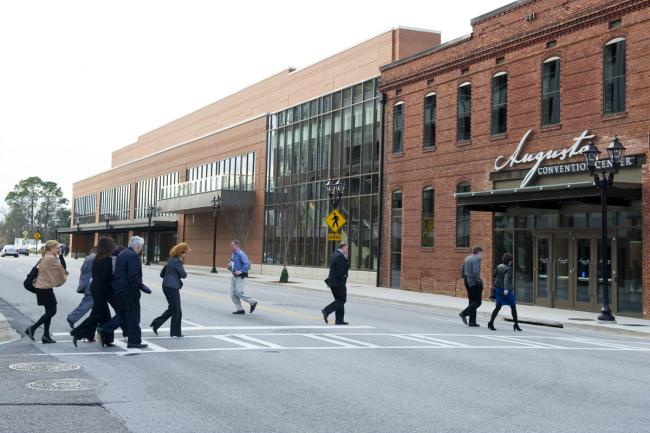 1/8/2013: The consolidation of Augusta State University and Georgia Health Sciences University was officially approved by the University System of the Georgia Board of Regents. The name of the new consolidated university is Georgia Regents University.

2/28/2013: The Augusta Convention Center, known as the TEE (Trade, Exhibit & Event) Center, had its ribbon cutting and opened for business. In development for 12 years, the TEE Center is a 38,000 square feet exhibit space with 29,000 square feet of prefunction space and 49,000 square feet of adjoining meeting space. Funding for the Center came from a voter approved 2005 sales tax referendum. The Augusta-Richmond County Commission worked together to support the new center while also funding a Laney-Walker/Bethlehem redevelopment project.

12/19/2013: The Army Cyber Command announced that it will consolidate its operations at Fort Gordon. The decision to make the post the permanent home of the Cyber Command headquarters was hailed by federal officials to help the country better combat internet and computer-based threats to national security.