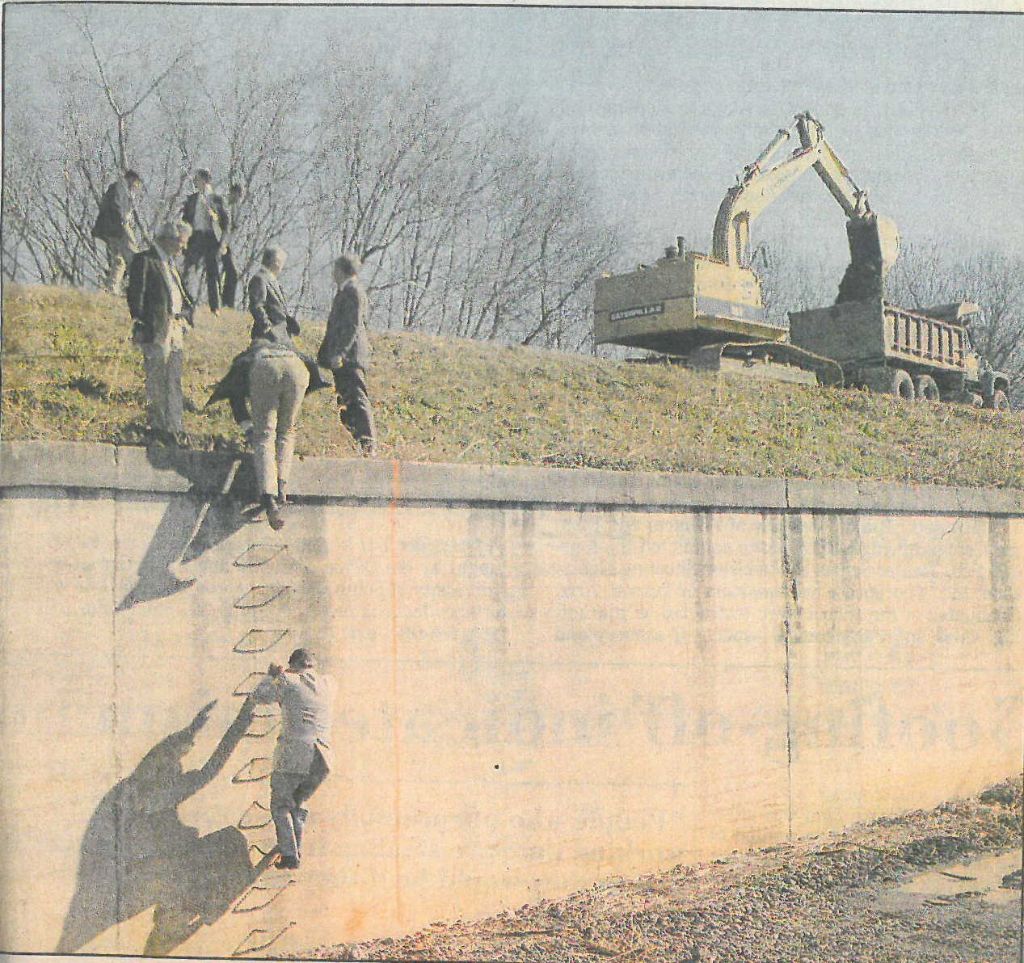 1/21/1986: Augusta Tomorrow, Inc. held the dedication of the Lafayette Center, the name given to the restoration/renovation of the 900 block on Broad Street from 10th Street to McCartan Street. “When Lafayette visited Augusta in 1825, the city united in an incredible spirit of celebration. Our gala grand opening recalls that fun and memorable event. But more importantly, the revitalization signaled by Lafayette Center calls upon that historic Augusta spirit of unity and civic pride” said Osteen.

Lafayette Center was the largest restoration project in the State of Georgia up to that point. The result was a $10 million historic rehabilitation project for downtown undertaken by Bankers First, a member of Augusta Tomorrow.

Due to the huge investment that they had made to renovate the Lafayette Center block in downtown Augusta, Bankers First was the recipient of a “Best Overall Project” award from The Georgia Trust for Historic Preservation for its work on the Lafayette Center project. As CEO of Bankers First, Osteen accepted the award. This marked the first large project of many in Augusta Tomorrow’s history.

7/30/1986: Due to major efforts by Representative Doug Barnard, the U.S. House of Representatives, recommended $4 million in Railroad-Highway Crossing projects be allocated to Augusta. This funding was for railroad relocation and grade separation projects.

8/5/1986: Mayor DeVaney wrote to Senators Sam A. Nunn and Mack Mattingly requesting support for passage of the $4 million railroad relocation and grade separation projects in the Senate.