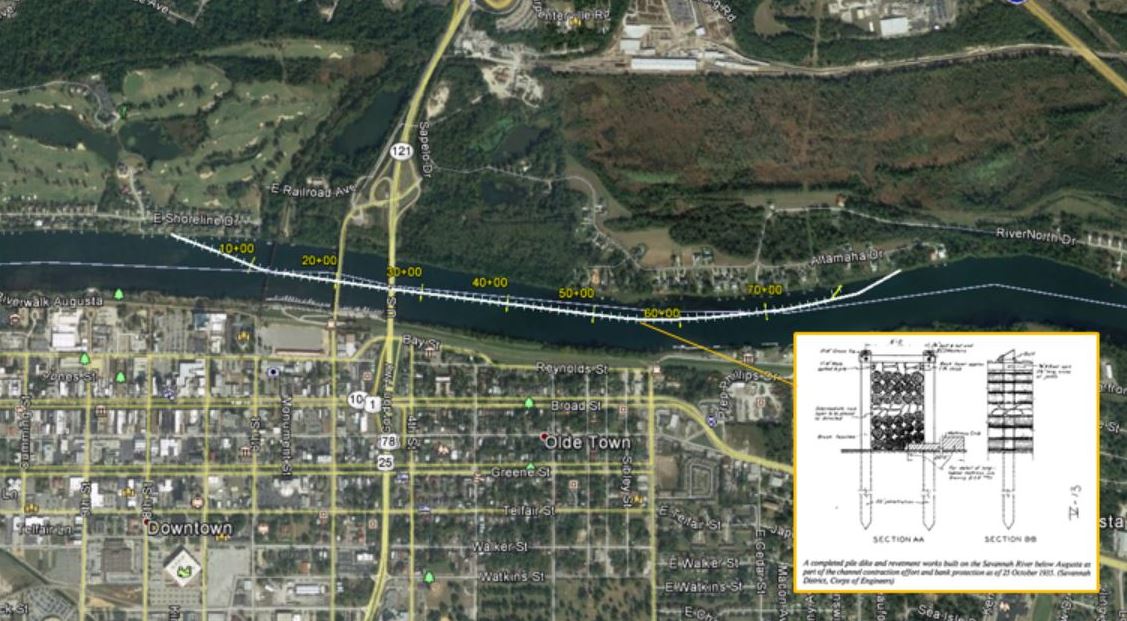 Posted at 11:46h in News by Augusta Tomorrow

The U.S. Army Corps of Engineers is recommending the removal of the training wall in the Savannah River.

The wall, which runs down the center of the river for more than a mile through Augusta and North Augusta, was built in the early 20th Century to aid commercial navigation. According to a Army Corps release, commercial traffic on the Savannah River ended in 1979 and the wall serves no purpose.

The wall and sediment deposited behind it form an obstruction to recreational boaters and other users of that section of the river, according to the release. A study conducted by the Corps found that removing the training wall will eliminate the associated risks.

“Removal of the training wall would eliminate all risks, limitations, and economic losses associated with it being an obstruction to recreational navigation and special events. Also, the re-established, unobstructed natural river would provide new opportunities for recreational navigation that otherwise would not exist with the training wall,” the executive summary of the study stated.

In a statement, Savannah Riverkeeper Tonya Bonitatibus said the wall’s removal was long overdue since it “ripped boat motors from boats, caused damaged to property.”