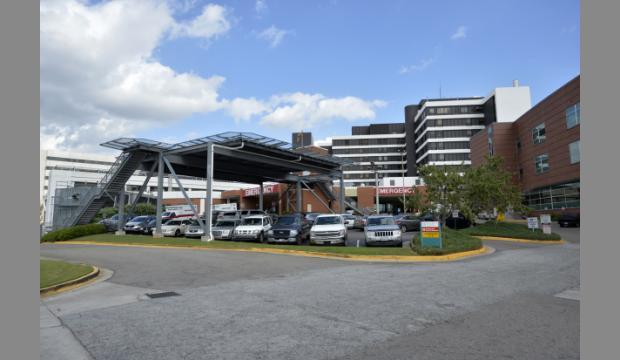 Posted at 14:09h in News, Uncategorized by Augusta Tomorrow

Eight months after its board approved it, University Hospital finally has the state permission to go forward on a much-needed expansion of its Emergency Department.

Part of that will be a separate unit for patients with behavioral health needs, which is a growing problem for emergency care nationwide. Other Augusta hospitals have expanded their ERs or will soon.

University has already begun a complex series of moves with other departments to free up space for its $30 million renovation, which will be accomplished in phases over three years. The expansion will allow it to go from 55 to 78 treatment spaces and accommodate up to 106,000 patient visits a year, said CEO Jim Davis. The last major renovation, which was in 2003, created capacity for about 54,000 visits a year and this year the department was projected to serve about 85,000. This is on top of the patients who are visiting the hospital’s Prompt Cares for less serious medical problems, Davis said. So not only are there more patients but they tend to be sicker as well, he said.

“It’s probably the aging of the population,” Davis said. “People are living longer, coming in with multiple problems. That just makes it more demanding on our caregivers.”

That includes an increase in behavioral health, a trend that is happening across the country, he said. A recent survey of emergency room physicians presented last month at the American College of Emergency Physicians annual meeting found that three-fourths saw at least one patient per shift who needed to be hospitalized for psychiatric reasons and 21 percent said those patients were waiting anywhere from two to five days to find a bed.

“Mental health disorders, not just in Augusta, not just in Georgia but across the country, are a big problem,” Davis said. “Unfortunately, the place of last resort is the local hospital’s Emergency Room.”

Due to a “massive influx” of those patients, Trinity Hospital of Augusta renovated two rooms in its Emergency Department earlier this year just for psychiatric patients, spokeswoman Leanna Wanta said. At University, one of the “pods” it is creating will be for behavioral health and it will be separate from the other units, Davis said.

“Sometimes, those patients have special safety concerns,” he said. “Putting them in a routine Emergency Room patient cubicle really isn’t ideal for those patients.”

When AU Medical Center expanded its Emergency Department in 2009, it created a separate behavioral health unit for those patients. Like University, Doctors Hospital of Augusta has filed for state permission to nearly double the number of rooms in its Emergency Department, said Dr. Mark Newton, chair of the Department of Emergency Medicine at Doctors. The hospital’s request for a Certificate of Need is pending and a decision is due Dec. 21, according to a state tracking report.

The $19.8 million expansion would increase the number of beds from 26 to 46 while still keeping the same efficient care the hospital has been working to refine, he said. The ED was expected to see about 65,000 patients this year and has been working on keeping its wait times down to a minimum even as patients require more complex care, Newton said.

“People are sicker when they come to the Emergency Department,” he said. “They expect and deserve prompt service.”

At University, the new units or pods will be designed in a kind of ring around a central work area, with patients and families entering through the outside and staff accessing the room from the inner ring, which will cut down on the time and distance to reach the patients.

“It’s just a more efficient use of your staff,” Davis said. “We’ve tried to design this so that the caregivers use as few steps as possible to get from patient to patient.

The pod design also allows the hospital to bring units online as needed throughout the day, he said.

The ER will remain open during the renovation with roughly the same number of beds it has now to limit the disruption on patient care, and while it has been envisioned for three years, the hospital hopes it will actually be about 30 months, Davis said. Limiting disruption there is important because about half the patients admitted to University come through the ER, and about 25 percent of all patients who come to the ER are admitted to the hospital, which is more than double the national average of around 12 percent.

“It’s a huge access point for our organization,” Davis said.