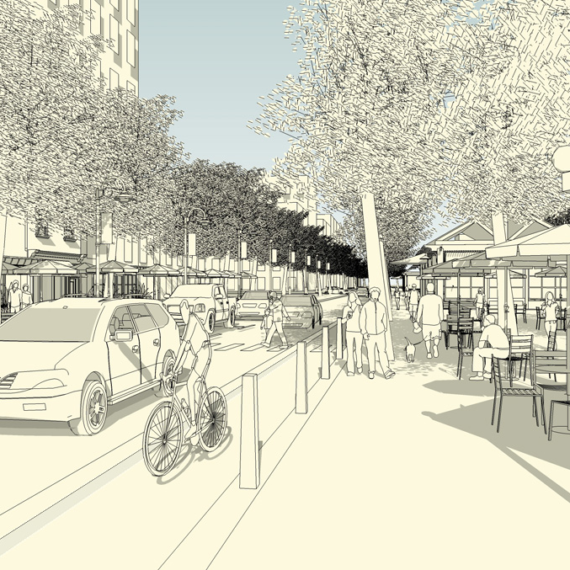 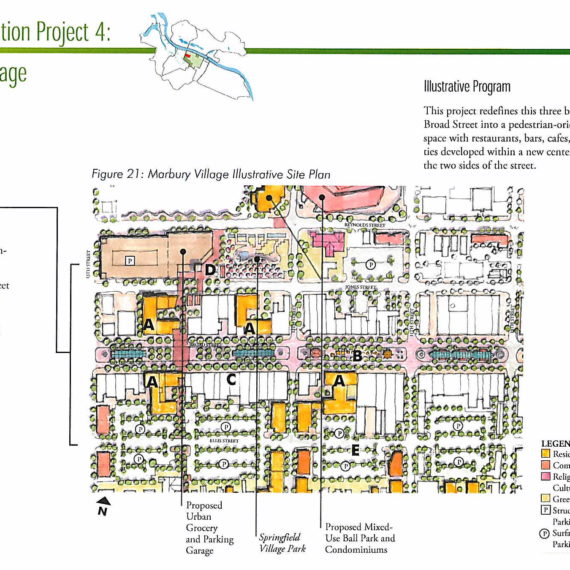 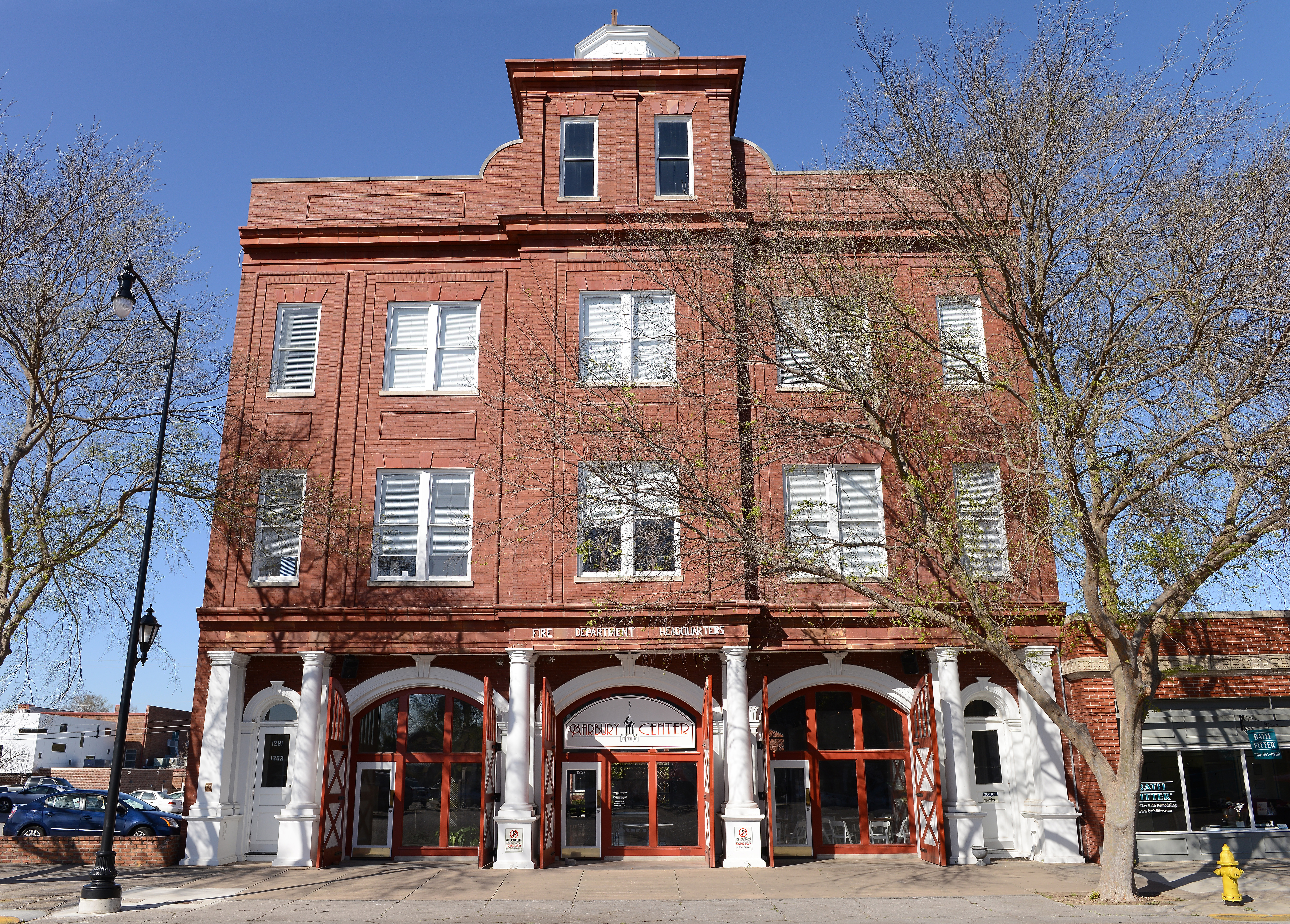 The Big Idea: Revitalize three blocks of Broad Street between 10th and 13th Street into a unique and exciting up-scale living, working and retail environment in Augusta’s downtown core.
Cost: $150 million private funding, $50 million public funding (in 2009 dollars).
Time: 5 to 20 years
Details: This part of Broad Street is one of the most historically intact sets of downtown blocks. 13th Street is a major north-south connector to the medical district and to North Augusta. Project would develop substantial, new, up-scale residential mixed-use mid-rise to high-rise development on non-contributing properties to the urban fabric of the area. Redevelop the center median of Broad Street to accommodate restaurants and retail and serve as a steppingstone from one side of Broad Street to the other. Convert Ellis Street and the rear area of private buildings into coordinated surface parking. Develop mid-block connections where possible to Greene Street.Along Reynolds and Jones Streets, consider building a new grocery store.
Progress: This is a massive project and requires many pieces to complete. To make this project work, the boundaries were expanded to the Savannah River.
Much progress has been made on this project. The Augusta Cyber Center has been built, and the City of Augusta included a parking garage on that site. The Hyatt House Hotel opened in 2019 beautifying a large portion of the block. The City of Augusta through the Transportation Investment Act (TIA) is redeveloping 13th Street. Members of Augusta Tomorrow and North Augusta Forward  along with City departments and the Georgia Department of Transportation are collaborating on the design of a new 13th Street Bridge. A new steakhouse is in the works to be built next to the Hyatt House Hotel. The Convention & Visitors Bureau renovated a building and moved into 1010 Broad Street with a new visitor center called Augusta & Co. 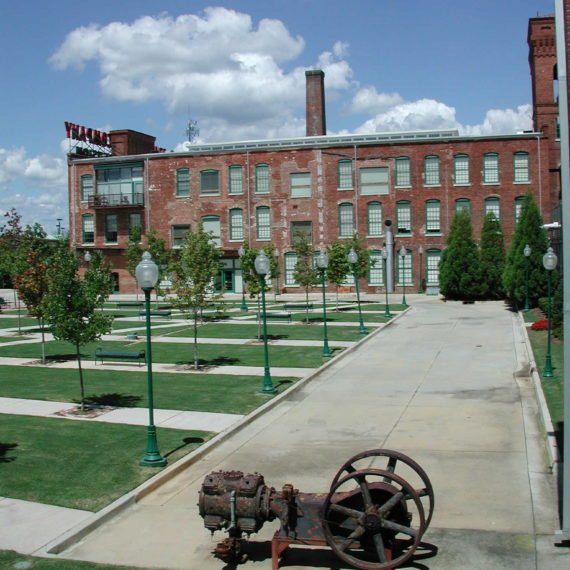