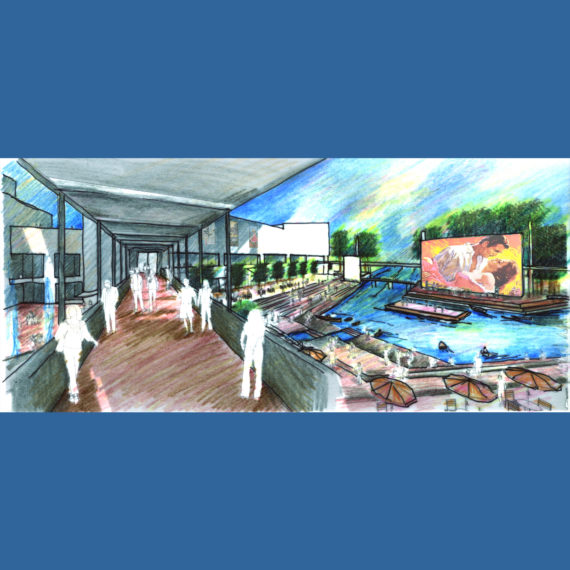 PAC with development around it 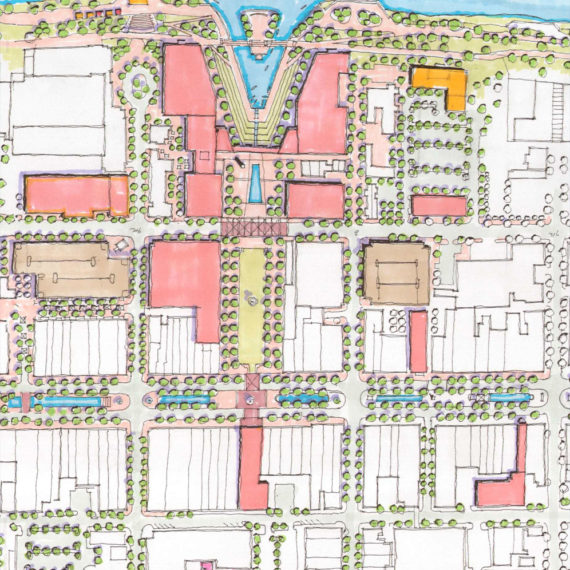 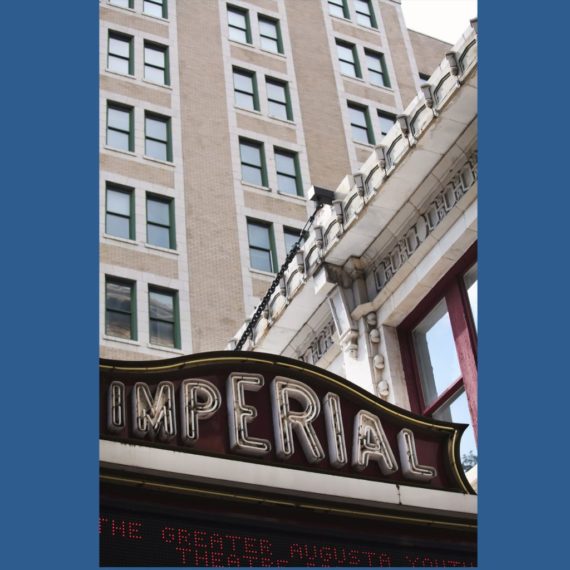 The Big Idea: This progressive proposal calls for not only redeveloping vacant riverfront land into an arts and entertainment center that will include a performing arts center, a new Morris Museum, boat basin/amphitheater, sculpture/fountain plaza and paths but also to restore the Imperial, Miller and potentially the Modjeska Theaters.
Cost: Over $100 million private funding, $30 million public infrastructure funding (in 2009 dollars).
Time: 10 to 15 years
Details: Augusta is well known as a regional center for the performing arts, from classical to contemporary performances. It is also home to the Morris Museum, which houses the finest collection of Southern Art anywhere.
This setting on the Savannah River, surrounded by history and adjacent to the Augusta Convention Center, the Augusta Common Phase I and Broad Street offers a unique opportunity to provide state-of-the-art regional and national destinations in the heart of downtown Augusta.
Recommended in the 2009 Master Plan was to develop an arts and entertainment center to include a 2,000-seat symphony hall, a 40,000 square foot new Morris Museum of Art, creation of a new riverfront boat basin/amphitheater, develop an art/fountain plaza on Reynolds Street opposite the Augusta Common Phase I as well as restore the theaters along Broad Street.
Progress:
A master plan is a guide for development. As opportunities change and the downtown develops, the components of the Master Plan remain the same although the locations can change due to current economic conditions.

The Miller Theater reconstruction got underway in the fall of 2016. In January 2018, it reopened after 30 years. This $22 million project includes not only the Miller Theater itself at 708 Broad Street but also the adjoining building at 710 Broad Street formerly known as Cullum’s department store. The 710 Broad Street building houses a music institute on the second floor and performer dressing rooms at ground level. Altogether, the project totals 60,000 square feet.

The Imperial Theater completed a major electrical overhaul, upgrades to the heating and air conditioning systems and beautifying the interior of the building. In 2018, this historic theater turned 100 years old. It is listed on the National Register as important to the architectural and cultural character of the city.

Morris Museum of Art – The Morris Museum of Art has identified a new and larger building at the corner of 7th and Broad Streets allowing the museum to showcase more of its unparalleled artwork. To add to the Arts Center creation, this building is close to both the Miller and Imperial Theaters.

Performing Arts Center – As cities develop and change, so do their needs. Since the Master Plan was completed over 10 years ago, the needs for downtown Augusta are for more residential and office space. The proposed location for the performing arts center is fast becoming a prominent location for residential and office development (especially to accommodate the large number of cyber security companies coming to Augusta). However, a waterfront attraction has not been abandoned. There are ideas on how to make the river accessible from the Augusta levee while adding fun amenities for people to enjoy the river and the Riverwalk.