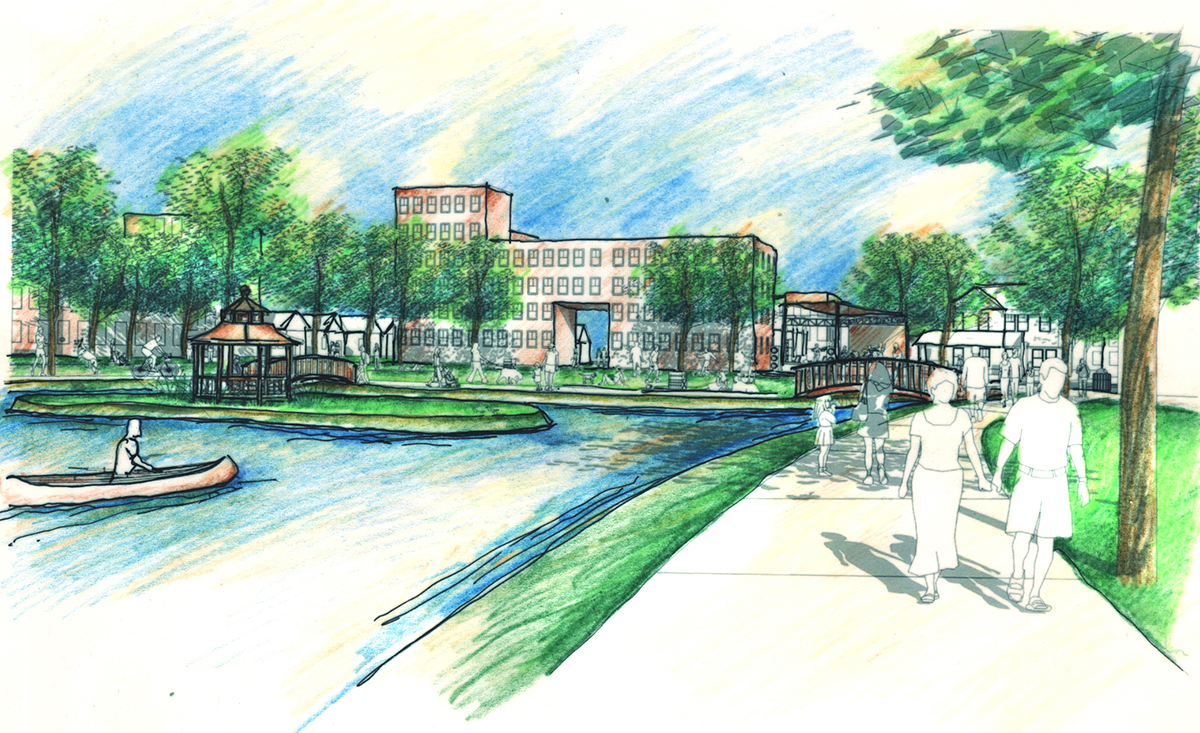 The Big Idea: Create a residential neighborhood on Greene and Telfair Streets around a new Third Level Canal Park.
Cost: $140 million private funding, $8 million public funding (in 2009 dollars).
Time: 5 to 20 years
Details: Create a new park along the third level of the Augusta Canal opposite John S. Davidson Fine Arts Magnet School. At the same time, create a new in-town neighborhood around this park of private mixed-use development single-family and multi-family homes abutting the park. Eventually, add a neighborhood retail center.
Progress: Although a new park will be in Future Development, there are projects happening in this location that will bring residential development to the area. Millhouse Station, a 155-unit “class A” apartment community is being built along 11th and Walker Streets and the Augusta Canal and northwest of the Augusta Judicial Center – between the downtown commercial area and the medical district. These residents will be major users of a new park and retail center.