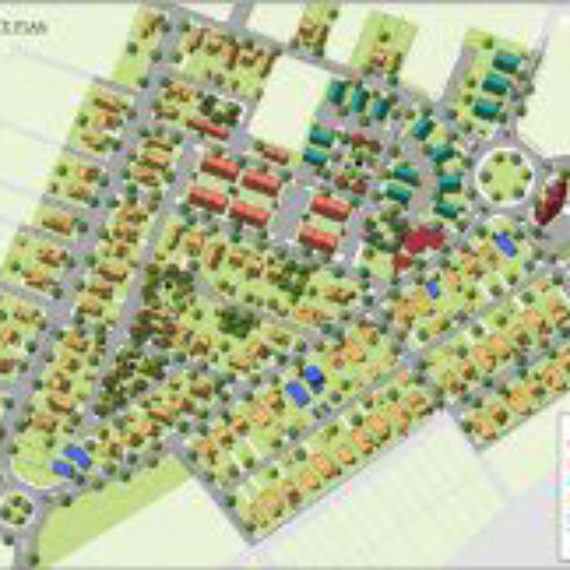 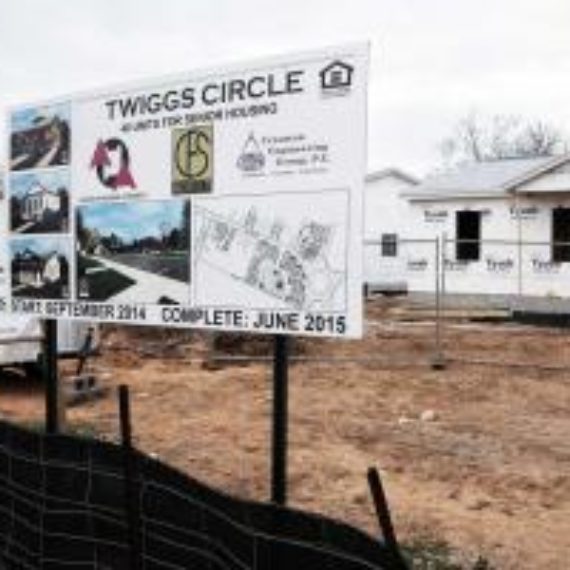 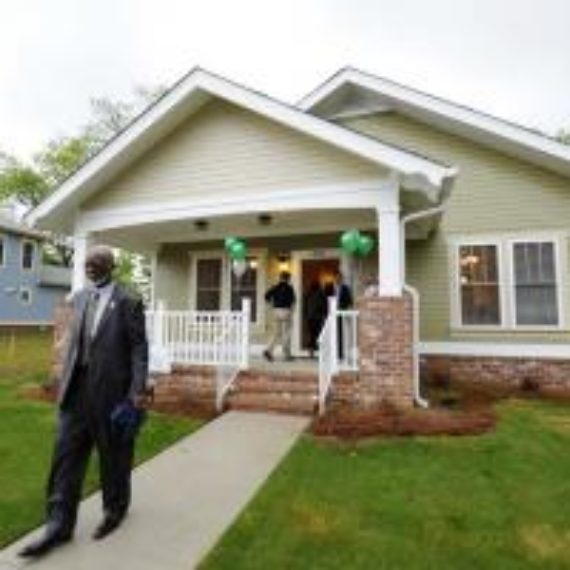 The Big Idea: Upgrade this blighted area of Laney Walker/Bethlehem with new housing for senior citizens and families.
Time: Groundbreaking for this project took place on 8/27/2014. Development continues in 2017.
Details:  Underway in 2017 is new housing, rehabilitated historic homes and improvements to the street, street lighting and sidewalk infrastructure including 2 roundabouts.
The launch of Phase I of Twiggs Circle in April 2015, saw the unveiling of two completed homes. Through a Memorandum of Understanding, 8-10  affordable homes will be built around the Twiggs Street Cul-de-sac. In October 2015, the Augusta Housing Authority began construction of 16 duplexes and 8 two-bedroom homes on Wrightsboro Road for residents ages 55 and older. This $4.6 million project will be called Powell Pointe.
In addition to the 2 houses already sold at Twiggs Circle, in 2017, one new home is under contract, another is being restored to a duplex and 4 are in pre-construction.